Inside Oranga Tamariki - is it an organisation unravelling? 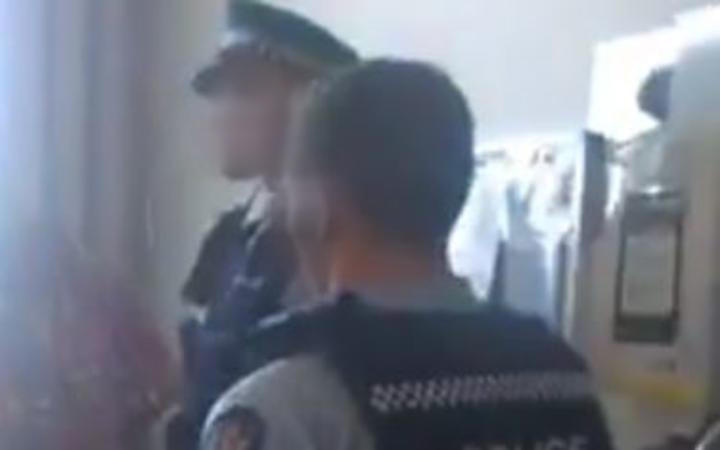 Police at Auckland Hospital as a child is uplifted Photo: Facebook/Supplied to RNZ

When Newsroom's Melanie Reid broke the story more than a year ago of social workers’ attempts to take a newborn baby from its mother in Hastings, it triggered five separate investigations into Oranga Tamariki and calls for the resignation of its chief executive Gráinne Moss.

But that wasn't the end of Reid's own investigations. She started getting emails – at one stage one every eight minutes – from social workers.

The emails and texts revealed a culture of fear among the social workers who were willing or desperate to tell Reid their stories but were too afraid to be named, because they might lose their jobs and never again be employed in the public service.

They also revealed a "de-professionalisation of social work", says Reid.

"That is what all the social workers say, that it is the blind leading the qualified, that the Gráinne Moss school of operation is corporatisation, and that we are replacing qualified social workers who truly know what they're doing, have spent three to four years getting degrees, they have been replaced by people who are unqualified."

Reid's recent Newsroom stories detailing Gráinne Moss' career background and sudden departure from the private aged care company Bupa, as well as the complaints from social workers about the bullying, silencing, culture were criticised by the Minister Tracey Martin as an attack on Moss.

She told bFM that she would have to spend time digesting the accusations by "anonymous" people and talk to her staff about what she needs to follow up on. She also suggested the articles were written to attack Moss.

Reid says it shows the unwillingness of the minister to address the issues. She says people won't be named because they say not only will they get fired from their job but they won't get a job in the public service again.

"Everyone knows that in this day and age if you talk out, if you whistle- blow you'll be in trouble."

Reid says only one of the 400 emails she's received has praised the agency, saying that ‘Gráinne Moss is doing a good job and that it’s not as bad as you think’.

Reid understands that a couple of "pockets" around the country are doing well because they have good managers" – Waikato and Takapuna among them.

"One of the biggest problems that people talk about to me is that we've got all these unqualified people running the social workers and that we're left endlessly ticking boxes. Everyone's treated the same so whether you're a new immigrant social worker working for Oranga Tamariki or you've been working there for years everyone has to tick the same boxes; everyone has to go through the same red tape."

She says she has never met a social worker who was not absolutely committed to their job and desperately wants the best for the children, but the structure and the organisation and the process that is now in place at Oranga Tamariki is not allowing them to do their job.

Social worker and PhD student on social work at Auckland University, John Darroch also talks of a "culture of silence in child protection" at Oranga Tamariki.

"What I've heard consistently from social workers over many many years now is that social workers who speak up on ethical or political issues within Child Youth and Family and now Oranga Tamariki are subject to bullying or they are otherwise disadvantaged," he says.

"When social workers aren't allowed to speak up they're prevented from speaking up about ongoing injustice and ongoing harm that's being perpetrated on Māori, I simply don't think it’s good enough to say, ‘look they are employees and they should keep their heads down’. As professionals, as social workers who have a code of ethics I think they have an ethical responsibility to speak up, and the profession needs to be supporting them to do so."

Darroch says the current Oranga Tamariki leadership is trying to defend the organisation even against "legitimate critique".

Māori having been calling for decades for devolution -  services by Māori and for Māori, he says.

"What we need to see is the systematic, government-led devolution of services and that needs to include resourcing," Darroch says. "The crown needs to sit down with Māori and go, ‘how are we going to design a system that works for you?’. And I think that's the thing that none of these reviews have done."