Social workers on the frontline trying to prevent children being taken into state care have told the Waitangi Tribunal of their frustrations and anguish when working with Oranga Tamariki social workers. 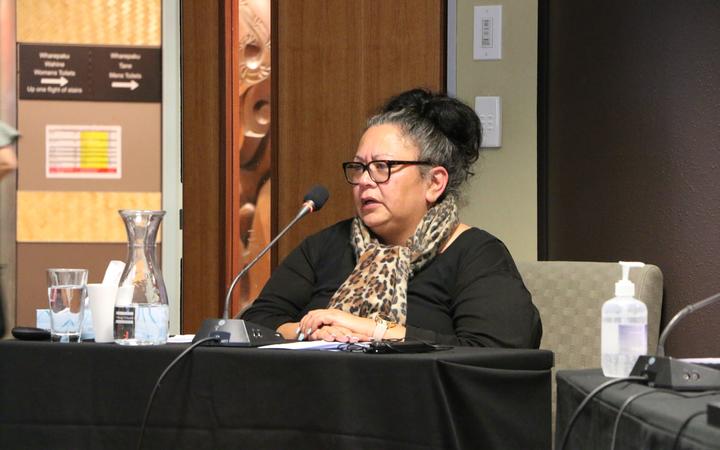 Social worker Rhonda Tautari told the tribunal that she was there to speak for the tamariki and teenage mothers she works with - 80 percent of which are Māori. Photo: RNZ / Meriana Johnsen

It was the second and final day of the contextual hearing of the urgent inquiry into why there is a consistently higher number of tamariki and pēpi Māori taken into state care.

A social worker of 14 years, and currently based in South Auckland, Rhonda Tautari said she was there to speak for the tamariki and teenage mothers she works with, 80 percent of which are Māori.

She spoke of one child removal that made her determined to ensure all tamariki stayed with their mothers.

She arrived at the hospital to find eight police, a Pākehā male social worker, a very irate whānau and a young mother.

"And she was told by a midwife or a nurse to go home - 'you're a young woman, you'll get over it' - [it] devastated me, devastated her, devastated the whānau - you know this girl was celebrating the fact she was having a baby ... yes she was 13, but yes she wanted this baby, yes she loved this baby - she didn't even get to bond with the baby."

She told the Tribunal every day working with Oranga Tamariki was a struggle, who she said relied on her to do their work because they often couldn't gain the trust of the mother or whānau.

This is all despite the fact the Oranga Tamariki social workers are much more highly paid.

Social worker Lisa King said even when there was good practice or policy in place - like 7AA - it is ad hoc, but not put into practice.

This kōrero was backed up by the submission from New Zealand Nurses Organisation kaiwhakahaere Kerri Nuku who said there was no system for the protection of children in this country.

But the tribunal also heard of the positive impact being felt where Oranga Tamariki was letting Māori social services take the lead in the care of tamariki Māori. 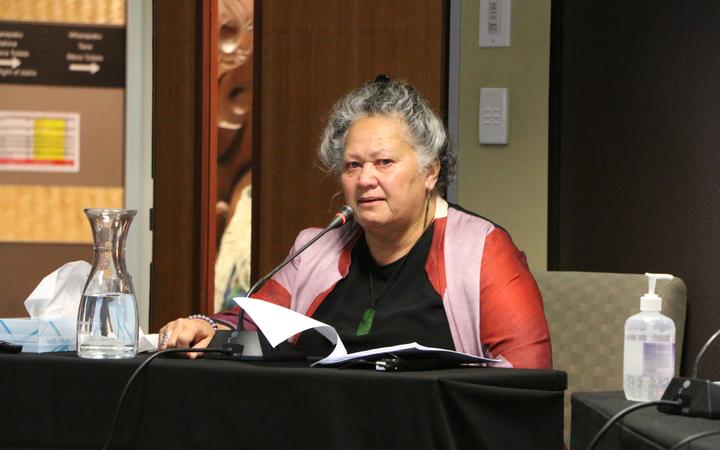 Katie Murray is chief executive of Waitomo Papakainga, a Māori social service provider in the far north, and the first non-iwi organisation to sign an agreement with Oranga Tamariki.

She told the tribunal this partnership was grounded in tikanga Māori but it had taken her decades of pushing government ministers and agencies to get there.

"In the 30 years that I've been in social services, the last two years, have been, in my view, really productive for our whānau and for some of our Māori organisations - but that's not because we sit there timidly and don't participate in the discussions that happen - that's because we're very vocal," Murray said.

She was hopeful that more partnerships with hapū, iwi and Māori organisations would make a difference to the disparity in tamariki Māori going into care.

She talked of how the high number of Māori staff at the Oranga Tamariki Kaitaia office - including in management - enabled her social service provider to ensure tamariki are placed with carers from their whānau, hapū or iwi.

Hasting's mongrel mob head Rex Timu also provided evidence to the tribunal about how many of the original mob members were boys who were abused in state care.

He said he wanted support from the government in order to help him carry out his whānau-first kaupapa in the mob, where the importance is placed on safe homes.

However, he wouldn't be drawn on what resources he would need, saying he did not want anyone to take his ideas.