Oranga Tamariki has been accused of "appalling" and "brutal" treatment of parents with intellectual disabilities when taking their children from them. 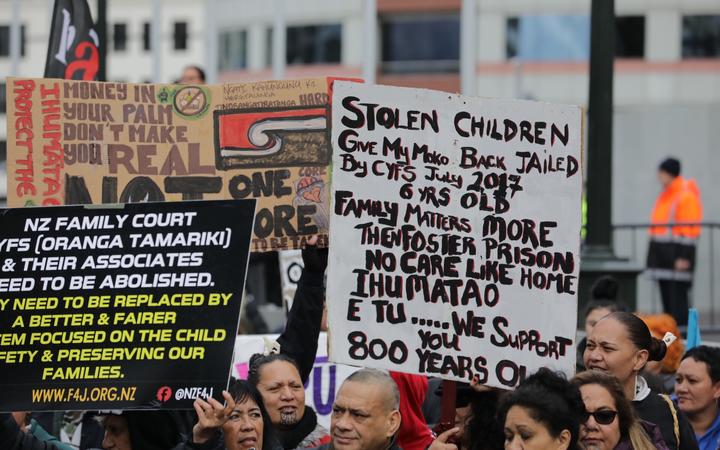 A scathing Ombudsman's report says the agency routinely removes babies, often Māori pēpi, from families without whānau consultation using emergency court orders when it should be a last resort.

The report said in about 20 percent of cases one of the parents has an intellectual disability.

She said there were many cases of "appalling" practice where children were taken without any regard for the human rights of the parent or child.

"There's been sudden uplifts from hospital, I would say brutal, there's been a move to the baby being put in a home for life and also an inability for the mother or parents to maintain a relationship with that child."

She said the report stated that in only 17 percent of cases a recent assessment of whether an intellectually disabled person was fit to parent was done before the child was taken away.

"I think that reflects the [agency's] outdated views and attitudes around disability.

"All of us, I think, are not perfect parents when we first have a child and IQ shouldn't be the basis to assess parental ability - we know people with high IQ may not be the best parents in the world."

Advocate and lawyer for people with disabilities, Dr Huhana Hickey, said Oranga Tamariki's default position is to take babies from those living with intellectual disabilities.

She said the agency assumed people with disabilities could not be good parents but this was not true.

"I do not trust the state to have competence in this area, I don't trust their government departments.

Children's Minister Tracey Martin said all the cases referenced by the Ombudsman pre-dated July last year when her ministry got more than $1 billion of extra funding.

She said the government was going to repeal the law so that Oranga Tamariki no longer has to remove a child if it gets an alert about a parent who has had children taken away in the past.

Since 2017, Oranga Tamariki has had a more than 60 percent reduction in the babies (under age one) it has taken into care.