A group of young New Zealanders have shared their hopes for New Zealand's future in 2040 with RNZ. 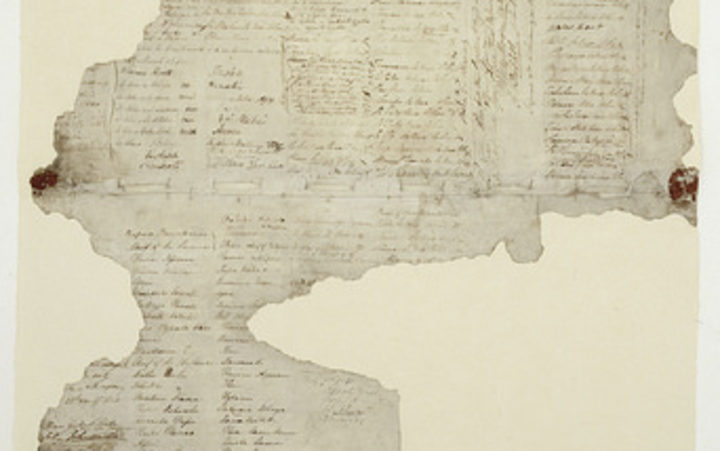 Climate activist Luke Wijohn said he wanted the Crown to have rectified the countless injustices inflicted upon Māori since 1840.

"You've got every iwi having it's own stories of people being removed, of crops being destroyed," he said.

"You've got the Waikato wars... Māori economies have been destroyed, jobs stolen, and people forced into cities for cheap or sometimes even forced labour."

For Wijohn, change needed to start with New Zealand leaders acknowledging the harm caused by colonisation.

In 20 years time, Wijohn said New Zealand should have created systems that supported Māori, rather than tearing them down.

It included all political parties in New Zealand recognising Te Tiriti o Waitangi as the founding document of New Zealand, and a shift away from punitive justice.

That was echoed by mental health campaigner, Lucy McSweeny, who said she hoped to see New Zealanders living more in line with the principles set out in Te Tiriti.

She also wanted a greater focus on climate action, and an emphasis put on kindness and inclusivity.

"Every New Zealander deserves to have an opportunity to thrive."

Pacific youth leader Josiah Tualamali'i said by 2040, he would like Aotearoa to have recognised the importance of the Pacific Islands.

The islands were often expected to be grateful for New Zealand's influence in the Pacific, despite it's painful history of colonisation.

Instead, Tualamali'i said New Zealand should feel grateful it was able to repair the harm it caused in the Pacific.

To heal cultural divides, Tualamali'i said every New Zealander should be given the opportunity to visit the treaty grounds on Waitangi day by the 200th anniversary.

Pania Newton, the face of the Ihumātao land protest, said she just wanted more regard for Te Tiriti o Waitangi as the founding document of New Zealand.

That would need to coincide with better bi-cultural relationships between Māori and Pākehā, which in turn, would help to solve problems like the Oranga Tamariki baby uplifts and debates over water rights, she said.