The government is investing $1.75 million over the next three years so that New Zealanders can learn more about the navigational and voyaging skills of early Māori and pacific settlers. 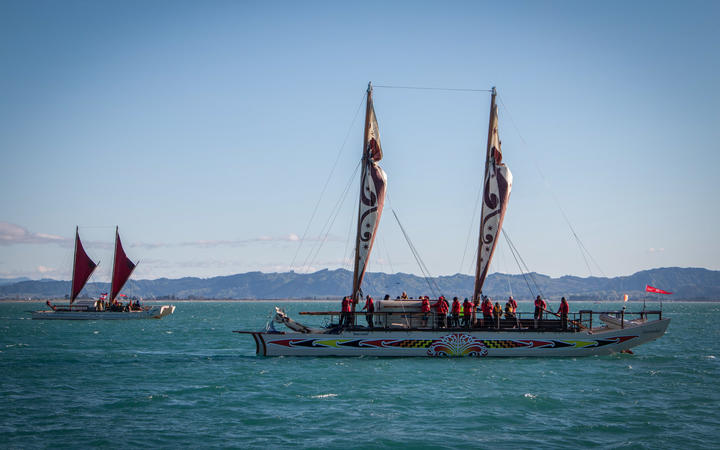 The waka flotilla arrives in the bay as part of the Tuia 250 last year. Photo: RNZ / Meriana Johnsen

Spent over three years, the funding will set up a National Body of kaupapa waka hourua experts to strengthen the mātauranga and tikanga or knowledge in Māori and Pacific voyaging traditions. 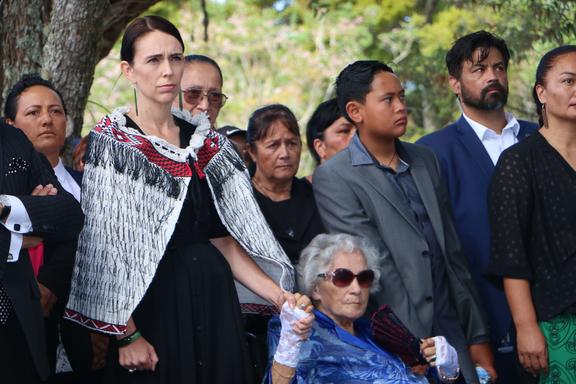 The investment comes on the back of last year's national commemoration Tuia 250, in which waka hourua crews and celestial navigators showcased their skills to more than 40,000 New Zealanders in 14 different communities during a three-month voyage around the New Zealand coastline.

"During Tuia 250, I saw the immense pride across Aotearoa as we commemorated our country's voyaging history, and I'm proud today that the government will support the waka community to ensure this knowledge is not lost - but elevated," Ardern said.

She said it was special that this announcement came exactly one year after the investiture of the late Sir Hekenukumai Busby.

"[Sir Hekenukumai] was recognised for his crucial contribution to the revival of waka building and voyaging both here and across the Pacific," Ardern said.

"We honour his legacy by giving kaupapa waka hourua a stronger foundation and ultimately a sustainable future."