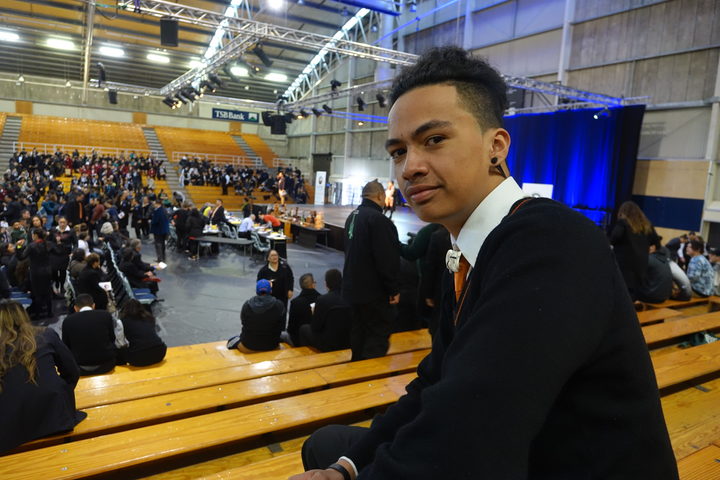 More than 52 schools around Aotearoa are competing in the national secondary school speech competition, at the TSB Stadium in New Plymouth, in front of a panel of judges and hundreds of classmates, whānau and supporters.

The contest, which began 52 years ago, encourages Māori high school students in the eloquent use of te reo Māori and English.

Students compete in a variety of categories including impromptu and prepared speeches in both languages.

The Aotea iwi of Taranaki and Whanganui are hosting this year's finals.

Iwi representative Wharehoka Wano said the competition was important beyond the language skills on display.

Mr Wano said a common theme had emerged this year.

"Obviously with the elections coming up, there's a big play on what's happening in the elections, in terms of Māori politically ... It's really good to hear the young people voicing our need to go to the polls, because we've got a really young demographic that don't vote."

Hamiora Renata, 16, of Nga Taiatea Wharekura in Hastings, gave his speech in Te Reo and said he had polling day on his mind.

"So it was just to encourage our young people to have their say in what they want for our future. I think it's a good thing that rangatahi get involved with our politics because at the end of the day it is going to affect you. It's going to affect all of us." 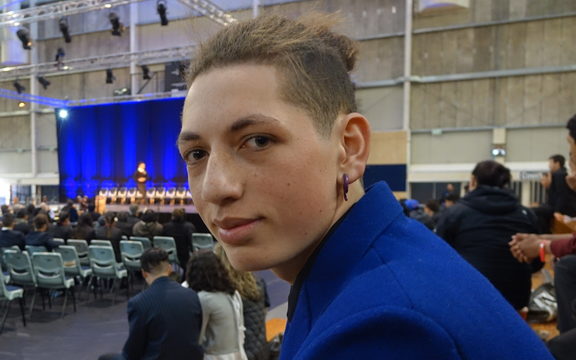 "I'm sorry that some kids have parents that abuse drugs and have parties all night so they can't focus on their schoolwork. I'm sorry ... it's time to do something about our political participation. Vote for a world where I don't ever have to say sorry again."

The 16-year-old said Ngā Manu Kōrero was not so much about winning or losing.

The secretary of the Taranaki Kaiako Māori cluster, Debra O'Connor, said the speech competition was very important to students.

The competition continues today, with the junior cohort taking to the stage before the winners for both seniors and juniors are announced.