Thousands gathered on the streets of Wellington today to celebrate the beginning of te wiki o te reo Māori.

The Māori Language Parade returned to the city for the second year running to promote Te Reo.

Twenty-five floats carrying tamariki from kōhanga reo and kura kaupapa Māori throughout the Wellington region made their way from the Cenotaph to Civic Square chanting in te reo Māori.

The theme of this year's Māori Language Week is 'kia ora te reo Māori', which translates to 'keep the Māori language alive'.

It's a theme that resonated with a teacher from Early Years kindergarten who was at the parade with a group of toddlers.

"We're bicultural believers and te reo is awesome. We need to keep it alive and this is where it starts." 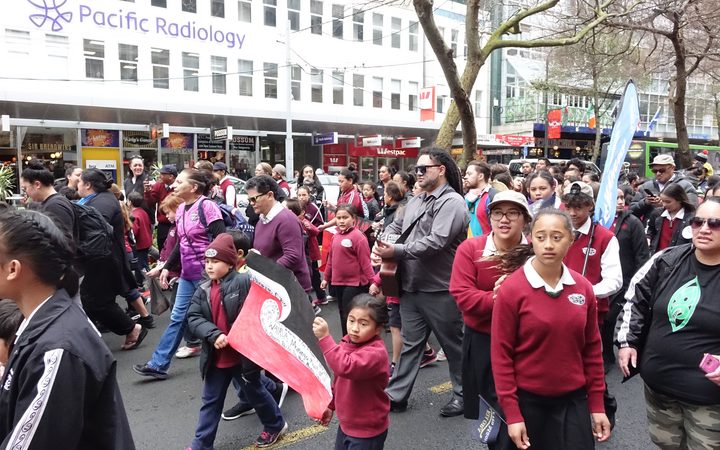 The Māori Language Commission said around 21 percent of Māori and 23,000 non-Māori can hold a conversation in te reo.

A teacher from Te Iwi Kōhanga Reo in Tawa said that number was not enough and this week gives everyone a chance to learn.

"This is a normal thing for us to speak our language in our country. Everyone in New Zealand, Māori or non-Māori should be learning something in te reo Māori this week."

She said te reo was an essential part of what it means to be a New Zealander for all tamariki. 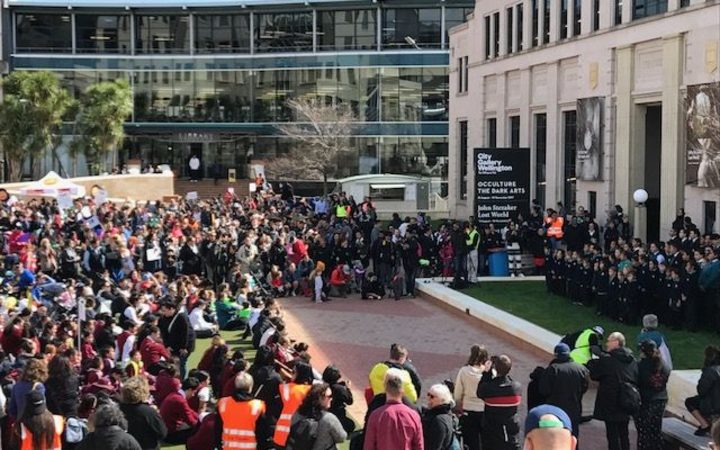 Ngahiwi Apanui, the chief executive of the Māori Language Commission, said the reason so many New Zealanders were reluctant to give te reo Māori a go was because they were scared of being judged if they got it wrong.

Mr Apanui said it was important to give the language a friendly face so that people feel comfortable speaking te reo.

"Those of us who are fluent in te reo Māori need to stop being offended every time somebody makes a mistake and actually support them.

"None of us who have learned te reo Māori were an instant expert. All of us made mistakes and we kept on going because people encouraged us and because people were kind."

The parade is the first of many Māori Language Week celebrations throughout the country.