Māori language week starts today with a parade through the central streets of Wellington. 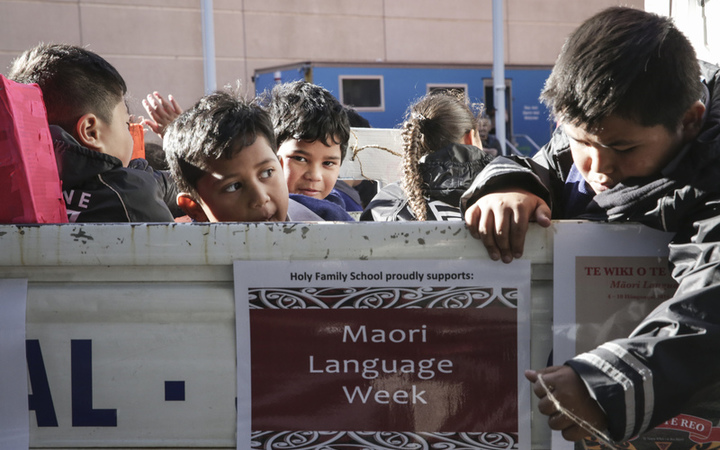 Twenty-five floats will start at the Cenotaph and make their way to Civic Square at midday in the first of many celebrations for te wiki o te reo Māori throughout the country.

He said that responsibility rests on the shoulders of all New Zealanders.

"The whole purpose for us is not to do everything Māori or te reo māori in the week, but more importantly to give notice to New Zealanders that they all have a part in revitalising te reo Māori."

"There are some who think we should have a Māori language Week for the whole year - well we do from our perspective. But Māori Language Week itself is an opportunity for us to give all New Zealanders a look into the shop window, if you will, to say here is te reo Māori, and then to get people to engage."

According to the Māori language commission around 21 percent of Māori can hold a conversation in te reo and just under 4 percent of the entire population can converse in te reo.

It also showed just over 23,000 non-Māori can hold a conversation about everyday things in te reo.

Mr Apanui said te reo Māori is still an endangered language but believes that can be turned around.

"Our data sources tell us that 42 percent of New Zealand's population would like te reo Māori taught at schools, and around 56 percent really enjoy and support our bilingual anthem."

He said it is vital New Zealand looks toward building the infrastructure to allow there to be more Māori speakers.

He thinks New Zealand should make te reo compulsory at schools, bring in more teachers of te reo, and ensure there are more services that make it easy and accessible to learn te reo Māori.