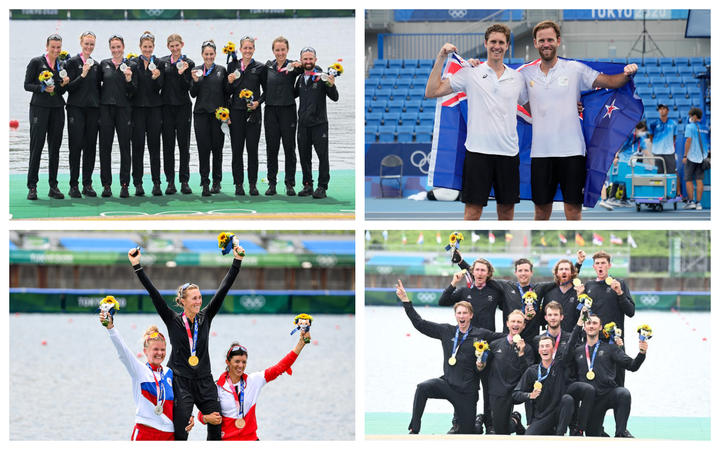 New Zealand's Olympic team had their most successful day of the Tokyo games on Day 7 with the rowing squad taking home three medals in the space of just over an hour.

Tonight Michael Venus and Marcus Daniell capped off the triumphs by beating the US pair of Austin Krajicek and Tennys Sandgren 7-6 6-2 to claim a bronze medal.

It was New Zealand's first success at the Olympics in tennis since Anthony Wilding won a bronze at the 1912 London Olympics competing for Australasia.

And David Nyika is assured of at least a bronze medal after winning his heavyweight bout today.

The sevens team performed an emotional waiata and haka to welcome the rowers back to the Games Village.

As well, the Black Ferns roared into the semifinals of the women's sevens, thrashing the Russian Olympic Committee, 36-0.

They will meet Fiji who tipped out Australia 14-12 - meaning the Rio gold medallists return home without a medal this time round. 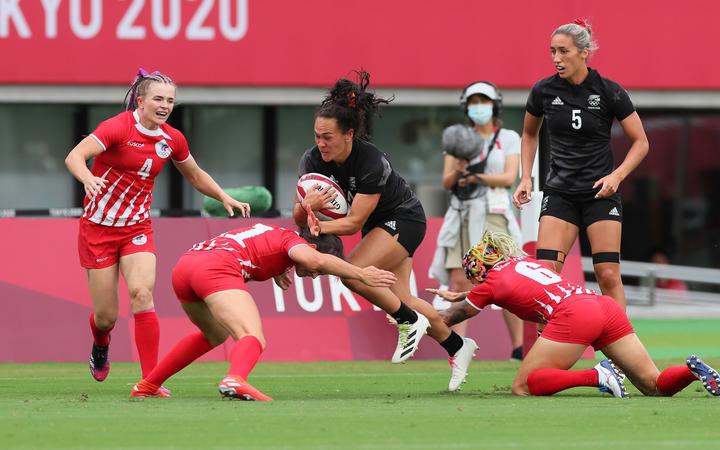 Portia Woodman on a break for the Black Ferns. Photo: Photosport Ltd 2021

First to the podium was 34-year-old Emma Twigg who showed another dominant display in the women's single sculls event winning in an Olympic best time of 7 mins, 13.97 secs.

Finishing ahead of the Russian Olympic Committee (ROC) and Austria, Twigg overcame the ghosts of her Olympic past that saw her finish 4th missing out on the podium at both Rio 2016 and London 2012.

Then it was time for the women's eight to shine, with Grace Prendergast and Kerri Gowler joining the boat off the back of their gold medal winning performance in the coxless pair, they won New Zealand's third silver medal of the games.

Finishing under a second behind gold medal winners Canada, the women's eight kept themselves in contention for the top spot all the way to the end but they had to settle for silver beating out China in third place. 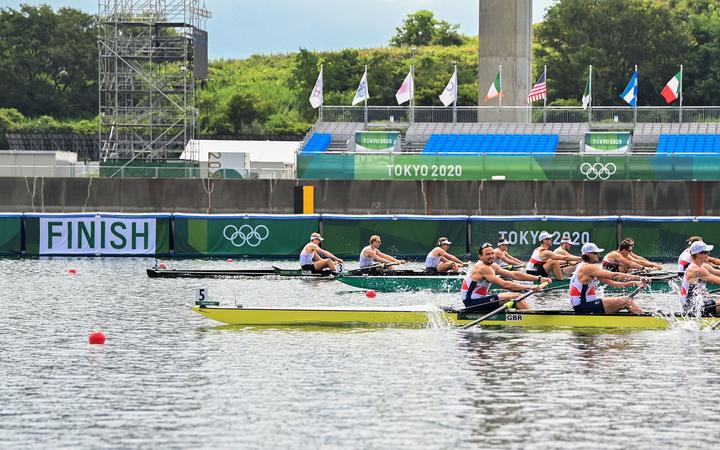 Earlier this year it didn't look certain that the New Zealand men's eight would even make it to the Olympics, only just securing their spot by winning the last chance Olympic qualifying regatta in May.

However in the final event of the Olympic rowing programme, the men's eight stunned pundits to win gold in the event - the first time New Zealand had won the event since the Munich Olympics in 1972.

After being delayed by almost two hours by the threat of lightning, the Black Ferns Sevens bounced back from Thursday's inconsistent performance against Great Britain to defeat the ROC in a dominant 33-nil win.

Ruby Tui and Stacey Fluhler scored two tries each, while Portia Woodman also dotted down to set up a quarterfinal rematch with ROC - the winner will face either Fiji or Australia in the semifinals tomorrow. 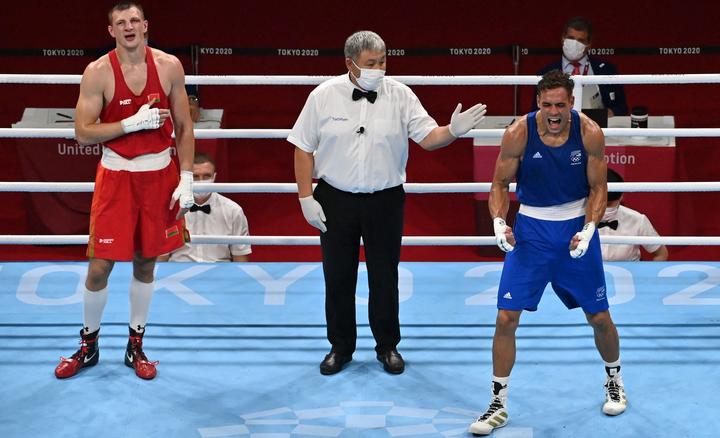 Boxer David Nyika has guaranteed himself at least a bronze medal after winning his heavyweight quarterfinal against Belarusian Uladzislau Smiahlikau 5 rounds to nil.

Nyika looked comfortable throughout the fight evading countering his opponents shots with ease.

He will have a few days to rest and recover before taking on the No 1 seed Muslim Gadzhimagomedov of the ROC in the semifinal.

Meanwhile in the swimming, in Lewis Clareburt's second final of the Tokyo Olympics the the 22-year-old from Wellington finished in eighth place in the men's 200m Individual Medley final.

In New Zealand's first athletics event, high jumper Hamish Kerr has qualified on his Olympic debut in Tokyo and will line up in Sunday night's final.

The 24-year-old comfortably cleared the opening height of 2.17m, followed by a tidy 2.21m.

In equestrian, New Zealand eventer Jonelle Price has made a solid start to her third Olympic Games.

Price and her horse Grovine De Reve incurred 30.7 penalty points in the dressage to sit eighth after the first 21 of 63 competitors.