Marcus Daniell and Michael Venus have won New Zealand's first ever Olympic medal in tennis with a 7-6 6-2 win over Americans Austin Krajicek and Tennys Sandgren in Tokyo. 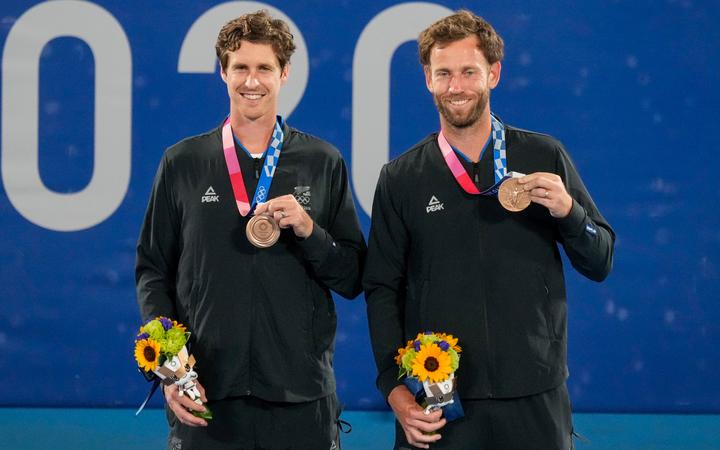 The match went to serve in the first set until 6-6, but Daniell and Venus set up the tiebreaker win with a flying start, winning six of the first seven points.

They built momentum in the second with an early break to jump out to a 3-0 lead, wrapping up the win in one hour and 48 minutes with another break in the eighth game.

The New Zealanders lifted from yesterday's loss to Marin Cilic and Ivan Dodig of Croatia 6-2 6-2, finding the form that saw them despatch third-seeded Colombians Juan Sebastian Cabal and Robert Farah 6-3 3-6 10-7 on Wednesday.

Daniell and Venus are the first New Zealanders to win an Olympic medal for tennis since Anthony Wilding won singles bronze in 1912 at the Stockholm Games competing for Australasia.