The Wellington Phoenix have drawn 2-2 with top of the table Melbourne City in their A-League game in Melbourne. 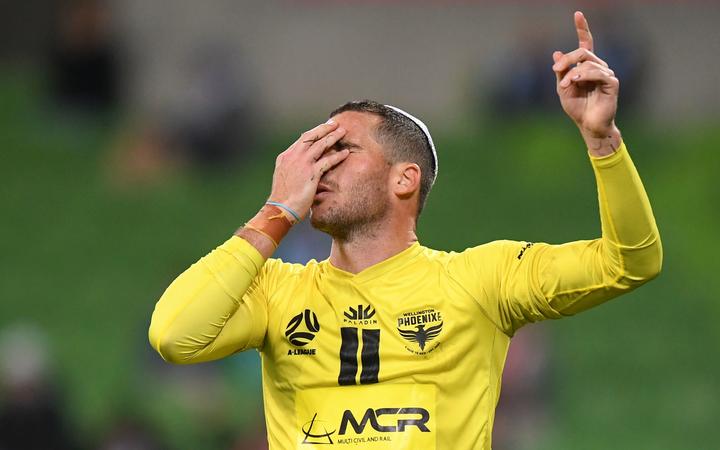 It is their third straight draw and they are now on a seven game unbeaten run, however they remain in eighth place on the table, three points outside the top six.

Wellington's Israeli forward Tomer Hemed scored both goals, with the equaliser coming in the 88th minute.

After his opener he draped himself in the Israeli flag supplied by some supporters, but after his second he donned a Kippah cap and was subsequently yellow carded by the referee.

Coach Ufuk Talay did not see Hemed's actions after his second goal and would not comment if it was appropriate.

The Phoenix were without their captain Ulises Davila as well as defender Steven Taylor - the latter suffering from illness - and welcoming Cameron Devlin and Louis Fenton back from suspension.

Ben Waine also returned to the line-up in place of Jaushua Sotirio, with Reno Piscopo making his first start for the Phoenix since Match Week 13 in March.

Talay was very happy with Hemed's performance in the game.

"He's a different player for us. He gives us that presence up top that we need," Talay said.

"He scored from the penalty and I thought the second goal was a good goal as well. He's an important player for us, especially tonight when we were missing two very important players. It's great that he stepped up."

The Phoenix return home for their first game in Wellington in more than a year when they take on Western United on Saturday.

They will still likely need to win all four of their remaining matches to qualify for the finals series.