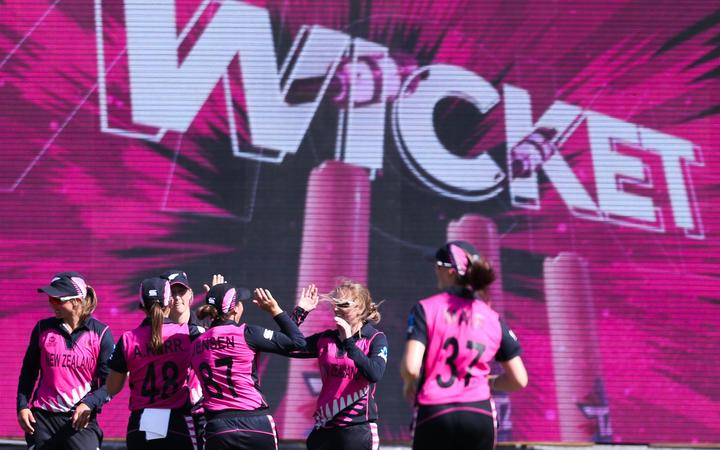 The White Ferns celebrate after getting a wicket against Australia during the 2020 ICC Women's T20 World Cup. Photo: Photosport

Not just for the quality of the cricket itself and the chance hosting rights affords the White Ferns to improve their recent world cup performances, but also because of the message it sends.

You might have noticed how the blokes have become a crashing bore, particularly the rugby ones.

The coronavirus pandemic has exposed a few things, not least the antipathy between rival administrators in New Zealand, Australia and South Africa. With friends like these, it's a wonder Sanzaar has survived this long.

But while they each stake their claims for new competitions, or blame one another for the demise of the current ones, New Zealand quietly becomes the epicentre of women's sport.

There's been a lot for this country to be proud about over the years, which increasingly includes the respect afforded to female athletes.

Hosting one significant world cup would be a feather in New Zealand's cap, but we've got three to look forward to.

The cricket, Covid-19 allowing, will be first in February and March next year, before the female Rugby World Cup in July and August, followed by the big one - the 2023 Fifa Women's World Cup.

We've all burbled on about things being "not bad for a nation of X-million people'' or "not bad for little old New Zealand'' but gaining the rights to these events are more than just not bad, they're absolutely brilliant.

Folk familiar with my work will know I'm not too lavish with praise. If a downside can be found somewhere or a flaw exposed, then I'll give it a go.

You hype something up and I'll immediately try and knock it down.

These world cups aren't just about sport. Frankly, female sport is still a hard sell where many men are concerned and there's no point pretending otherwise.

These events are about fairness and respect and redressing some of the indignities female athletes - and in fact women in general - have been subjected to over the years.

The Black Lives Matter movement is an important one, as some in sport are starting to realise. Many people would have been moved by the words of former cricketers Michael Holding and Ebony Rainford-Brent recently, but they're merely the start of the conversations sport needs to be having.

I'll never forget an old sports editor telling me that I was to start covering netball. I wasn't remotely impressed and spent weeks finding excuses not to get underway.

Ten years on I can safely say that covering that sport was the most enjoyable and educational period of my career. 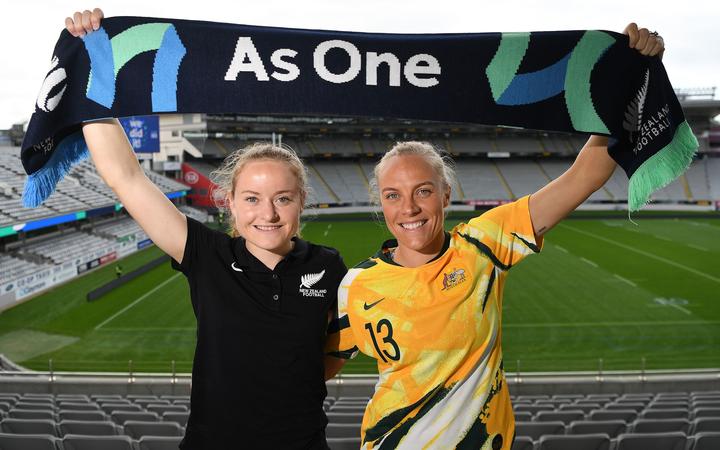 Paige Satchell and Tameka Yallop pose for a photo at Eden Park after New Zealand and Australia won the hosting rights to the 2023 FIFA Women's World Cup. Photo: Photosport

I keep coming back to this word respect. I wasn't worthy of any when I started covering netball and yet everyone treated me with it. In turn, my respect for them became absolute.

Plenty of people are happy to mock female athletes and teams. To criticise their performances or the way they carry themselves and to complain about having this rubbish shoved down our throats.

They wouldn't speak that way about their own mothers, wives or daughters, but feel entitled to say it about somebody else's.

Hopefully these world cups will help change those attitudes. Hopefully they'll open people's eyes to what's great about women's sport, rather than where it might be deficient to male codes.

More importantly, you want these events to inspire women and girls here and around the globe.

Imagine being an aspiring female cricketer in Mumbai or footballer in Birmingham and looking at little old New Zealand and seeing all the world cups being staged here. It would be hard not to think, wow, they really value women's sport over there.

Well, the real answer is we do and we don't. We care enough to bid for these events, but the challenge now is to treat them with the respect they deserve.

And enjoy them too. Each should be a celebration of sport and New Zealand and we should relish the chance to not just host the teams, but hopefully travelling fans as well.

Sport can be a pretty staid affair in this country, so let's get out and support the teams and be vocal and welcoming and show this country in the best light we can.