Opinion - It's a shame to see the Rugby World Cup reduced to a job interview for Ian Foster. 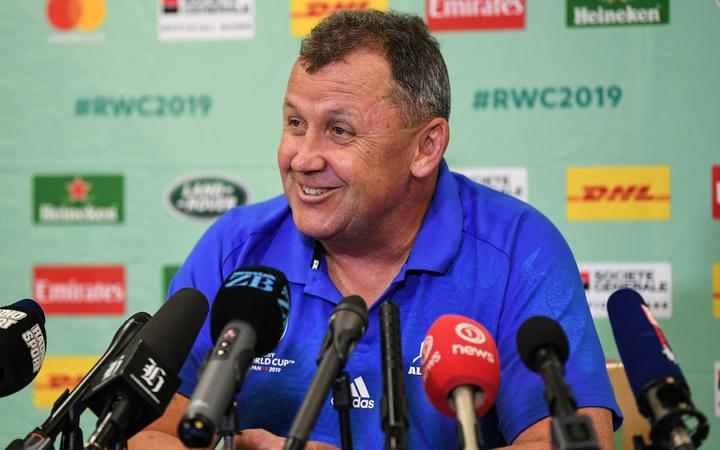 Ian Foster was all smiles after the All Blacks beat Ireland last weekend. Photo: Photosport

No-one doubts that the All Blacks are a good team. Their attacking game, which is nominally Foster's coaching domain, is arguably second to none.

Only those within the inner sanctum know the extent to which Foster has been the architect of that. From the outside it appears as if he's been blessed with some supremely skilled and smart athletes who are more than capable of calling their own shots.

All the same, incumbent head coach Steve Hansen used the occasion of New Zealand's 46-14 quarterfinal win over Ireland to lavish Foster with praise and effectively endorse his long time assistant's candidacy for the top job.

Others have since picked up the ball and run with it, suggesting that the team's performances in Japan 'prove' that Foster is the right man to succeed Hansen.

Let's go back a bit here. Hansen, as we all remember, was once an All Blacks assistant coach himself. In concert with Graham Henry and Wayne Smith, you had a triumvirate to rival that of Brian Lochore, Alex Wyllie and John Hart back in 1987.

Assistant coach Hansen wasn't a polished media performer. He adopted a fairly adversarial stance with the press, seeing slights and agendas everywhere and sometimes treating people and their questions with disdain. It was all a bit bullying and unnecessary.

Beneath it all, there was always that whiff of charm and humour. You could see why the players loved Hansen and how he could become the true front man one day.

Being All Blacks head coach is about more than coaching. You are New Zealand's spokesman to the rugby world and it's a role Hansen has played superbly.

Give Foster a bag of balls and a few cones and bibs and he may run the best drills ever seen.

He might spot things in opposition defences that no-one else can and devise plans to exploit those weaknesses accordingly, but that's his level.

Wayne Smith possesses one of the great rugby minds. His contribution to New Zealand rugby at all levels has been amazing and he is adored by those who know him, but Smith was not All Blacks head coach material.

For different reasons than Foster - whose paranoia and lack of charisma surely count against him - but Smith was unsuitable just the same.

He couldn't quite detach himself from the athlete or the contest quite the way Hansen can and that heart-on-the-sleeve style didn't serve him well during a brief tenure in charge.

Magic matters at this level. Some men have it in them and others don't and just because you work with a magician, doesn't make you magical yourself.

Teams the sporting world over can't get Alex Ferguson or Bill Belichick or Craig Bellamy so they hire their assistant.

Those guys can copy their old boss all they like but the magic, that bit that somehow makes their team better than your team, is unique to the man himself.

Crusaders coach Scott Robertson has that magic, but that's where this gets tricky. 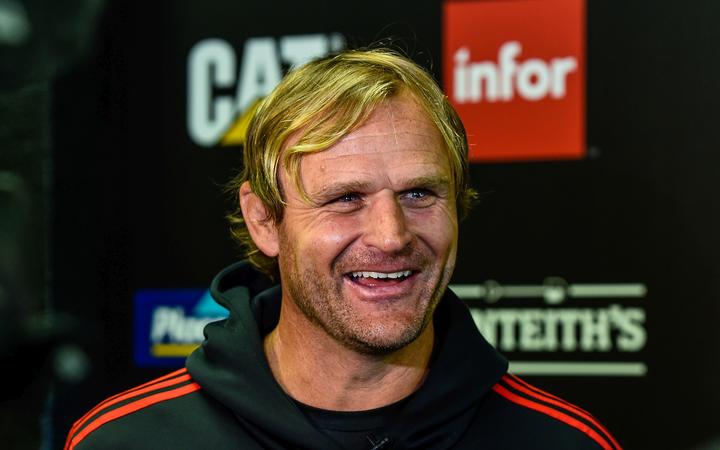 Crusaders coach Scott Robertson should be the next All Blacks coach, according to Hamish Bidwell. Photo: PHOTOSPORT

Aren't we all just ready for a bit of change? No disrespect to Foster, but appointing him would just feel like a pale imitation of the real thing.

But, honestly, don't you just feel like you've had enough? That for all the success - and this has been a phenomenal era for All Blacks rugby - that you'd just like to see things done a different way.

Problem is that Smith's genius is such that change isn't going to be that easy.

Just look at his coaching tree. Hansen's part of it, while Foster was a long time Smith colleague.

Incumbent chief executive Steve Tew is a Crusaders man, as have been the last two All Blacks captains, and now Sam Whitelock is set to succeed Kieran Read, just as he did Richie McCaw.

At Super Rugby level, we have Crusaders Aaron Mauger and Mark Hammett coaching the Highlanders and Leon MacDonald at the Blues.

Even in Australia, the Waratahs have swapped Rob Penney for Daryl Gibson, while Brad Thorn's at the Reds. It doesn't end there.

One of the great privileges and learning experiences of my life was to write about rugby for The Press newspaper in Christchurch.

I arrived with a rather disdainful view of rugby in that town, and how they appeared to operate, and left with nothing but admiration.

But you get yourself into dangerous territory when you assume there's only one way to do things. That one group of people are right and everyone else ought to adopt their methods.

Even successful organisations need to change or incorporate different ideas and that's where Robertson potentially comes in.

While appointing him as the next head coach could be perceived as maintaining the status quo, Robertson is nothing if not different.

Replacing Hansen is nigh on impossible. He's not just been wildly successful on the park, he's been massively influential off it.

His departure will be monumental in a way and NZR might feel a degree of continuity is required to mitigate that. Foster's the obvious choice, but Robertson would be a better one.

Some things, under him, would be the same, but others would be radically different.

We know who Hansen would go for, but the time's probably come for some other people's ideas to be heard.