Opinion - Sam Cane seemed puzzled when I asked him a question this week at the All Blacks' hotel in Minato City. Did things all feel a bit familiar to the way they went four years ago? After all, there are a lot of similarities. 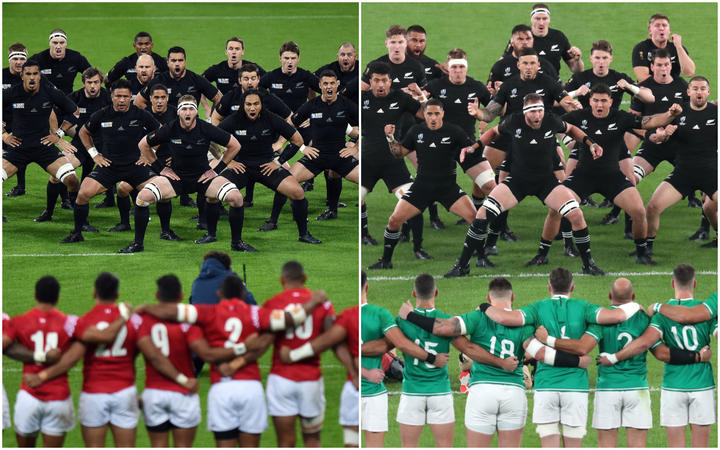 I mean, the All Blacks' draw is essentially the same. They started with a tough game against Argentina in 2015 (who were a lot better back then than they are now) and the Springboks this time. Then it moved into a series of tier two nations that were nothing more than opposed training runs rather than matches, before a quarter final against a bogey opponent. Last time it was France, this time it was Ireland that felt the wrath of the All Blacks in a statement performance. Now there will be a tough grind in the semi, last time it was the Boks, this time England.

Cane, of course, replied that he hadn't even thought about it. That's standard, the All Blacks are only ever focused on what's in front, not behind them. Later on in the press conference, he and Brodie Retallick admitted that neither of them had ever seen the last time the All Blacks played England in a semi-final back in 1995, apart from Jonah Lomu's four epic tries.

But it does beg the question, how do the 2019 edition All Blacks stack up against their world champion counterparts from 2015? Let's have a look:

If anyone out there picked those three guys to be the starting strike weapons at the start of the year, well done. However there's yet another parallel to the group from four years ago, as Milner-Skudder came out of relative obscurity at the start of 2015 to end up scoring the first try in the World Cup final - now Reece and Bridge are the ones confounding defences due to the opposition's lack of familiarity. Savea's monster game against France aside, he was clearly on the downward trajectory of his test career, while Smith was firmly in the category of automatic selection due to his dependability. Because of Damian McKenzie's injury, Barrett now finds himself in the dual playmaker role at the expense of Smith - who has probably played his last game in an All Black jersey.

Pretty rough to compare ALB and Mullet Man Jack to arguably the greatest All Black centre pairing in history, however it is worth remembering that Smith actually got hooked at halftime of the 2019 final after what could be described as a couple of pretty lean years by his standards. The present duo aren't putting a foot wrong so far, however back during Super Rugby it was widely touted that Nonu was on course to make an incredible comeback to test rugby at age 37.

Remember the angst about if Dan Carter's aging legs were up to winning a World Cup? If not, you probably do remember him playing one of his finest tests in the final and sealing the game with an ice-cold dropped goal. So again, it's a little unfair on Mo'unga to compare him to the best of all time, especially since the role he is playing is vastly different to the one Carter had. Aaron Smith is still very much the same player he was four years ago, keeping that form consistent throughout the tournament.

Another parallel, but this time it's between key players Carter and the 2019 captain. Read has been under immense pressure this year over his form, but showed on the weekend that he's probably been keeping some fuel in the tank all along for this one last charge. Kaino and McCaw's roles were again very different to the ones Savea and Cane are playing, but there are very obvious similarities between the two pairs' games. Cane was always heir apparent to McCaw, however Savea's incredible form has seen him muscle his way into the starting side. Both men are very much in the middle of their careers, while McCaw was bowing out and Kaino wasn't far behind him.

The workhorses remain unchanged, however there is more of a steely resolve between the record-setting second rowers now. Both are on track to finish as two of the best ever All Blacks, and the knockout rugby experience they picked up four years ago is invaluable in this stage of the tournament.

Scrums certainly were a little bit different four years ago, but that hasn't stopped the All Blacks from achieving some remarkable consistency in the interim. Moody was flown in for the 2015 quarter final and has stayed in the team ever since, while Taylor is providing a slightly fresher pair of legs than Coles. Franks was one guy almost everyone expected to be there this year, but the mobility of Laulala and Moody in tandem has proven to be a winner so far.

Coles has essentially taken over from Mealamu in the role of a senior player mentor, while the props are very much backup to the two starters rather than guys pressing for spots. In an almost parallel, Perenara may well have found himself on the outer due to Brad Weber's excellent form, but seems to have locked in his bench spot for the business end. Sonny Bill Williams is one man who is basically playing the exact same role he had four years ago, so it's worth remembering that it was a piece of brilliance by him that turned the final the All Blacks' way. Jordie Barrett has taken the utility bench spot from his brother, however if he comes on in the crunch it'll be his long range goal kicking that the team will count on.