Eddie Jones has gone into his usual pre-match attack mode, insisting that New Zealand will be buckling under the pressure of trying to retain the World Cup, while his England team had nothing to lose in their eagerly awaited semi-final. 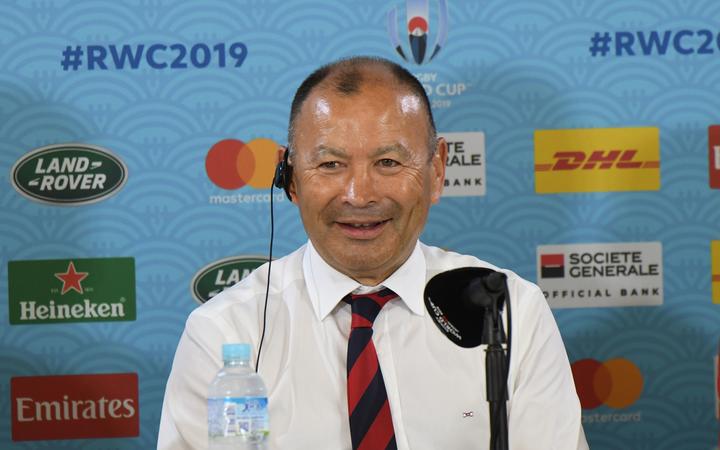 It is well-trodden ground for Jones, who loves to toss in a verbal hand-grenade to stir things up before big games - and Saturday's semi-final at Yokohama is obviously the biggest of his four-year tenure.

"No one thinks we can win, there's no pressure on us, we're going to relax and have a great week," he told a news conference at the team's new base in Tokyo's rain-drenched Disneyland resort.

"New Zealand will be thinking about their 'threepeat'. They talk about walking towards the pressure but this week the pressure is going to be chasing them down the street."

Jones said he didn't necessarily feel the pressure would make them vulnerable but insisted it was something they would have to address.

With England having won only one of their past 16 games against the All Blacks, it is hardly surprising that Jones has been somewhat obsessing about them since the World Cup draw was made two-and-a-half years ago and their semi-final destiny became likely.

The teams have met only once since Jones took over, when the All Blacks won 16-15 at Twickenham a year ago after a late match-winning try for England was controversially ruled out.

"We trialled some things in November against them and we can do things a little bit better in this game and now we have the opportunity to do it," Jones said.

"In the first meeting we had with the players (after taking over), we said we wanted to be the world's best team. You could see the ability was there, we just needed to change a few things, change the way we train, the way we play, the way we think. We have progressively done that over four years, and we have put ourselves in a good position at this World Cup now."

Jones also addressed what he considers the fickle nature of the coverage of his team, saying that after the Argentina game "I was going to get sacked, Owen (Farrell) couldn't kick and there was going to be blood on the walls at Twickenham. Now we're 80 minutes away from a World Cup semi-final.

"If you look at what we've done as a team over the last four years, we've had some great wins, we've had some significant losses," he said. "We've learnt from those and there is a togetherness in this team that will carry them through.

"In a semi-final there will be big moments that will decide the game. I think we are well equipped to handle those moments," Jones said.