Four debutants including starting centre Charnze Nicoll-Klokstad have been confirmed to line up for the Kiwis in Friday night's Oceania Cup Test against Australia in Wollongong. 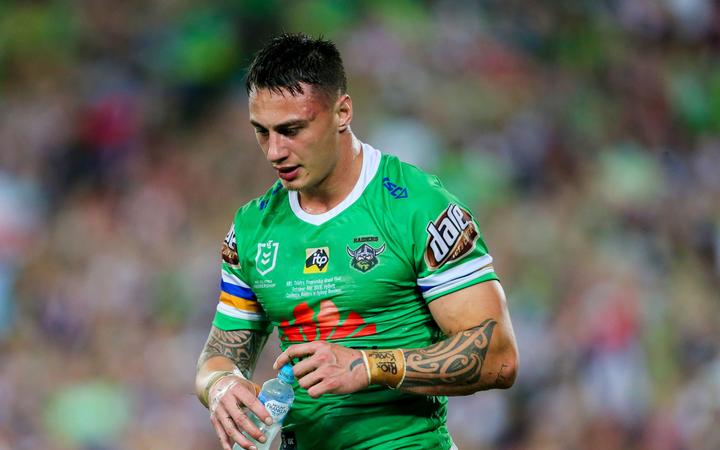 Nicoll-Klokstad (24) is one of four changes to the starting line-up used in the Kiwis' 34-14 win over Mate Ma'a Tonga in June.

With Roger Tuivasa-Sheck at fullback, the Canberra custodian replaces the injured Esan Marsters while Jamayne Isaako comes in for injured captain Dallin Watene-Zeleniak on the right wing,

Leeson Ah Mau starts in the front row for Jesse Bromwich, out with a foot injury, and veteran Adam Blair comes into loose forward for Isaac Liu (knee).

Nicoll-Klokstad apart, the other debutants are all on the bench - forwards Zane Tetevano, Braden Hamlin-Uele and Corey Harawira-Naera. They fill vacancies created by Ah Mau moving into the starting line-up plus Nelson Asofa-Solomona being suspended and James Fisher-Harris injured.

Benji Marshall (34), playing just his second Test since 2012, has now been recalled as captain seven years after last filling the role against the Kangaroos in Townsville. This will be his 20th match as captain, taking him clear of Gary Freeman for the record for the most Tests as Kiwi captain.

Blair also has a milestone in sight despite not being originally selected. He was called up as a replacement for the World Cup 9s last week, going on to play in the final.

His appearance on Friday night takes him to 49 Tests with the chance of becoming just the second New Zealander to play 50 Tests in Saturday week's first Test against the touring Great Britain Lions.