We know you're busy so we've been reading the headlines so you don't have to. Today, it's lists. 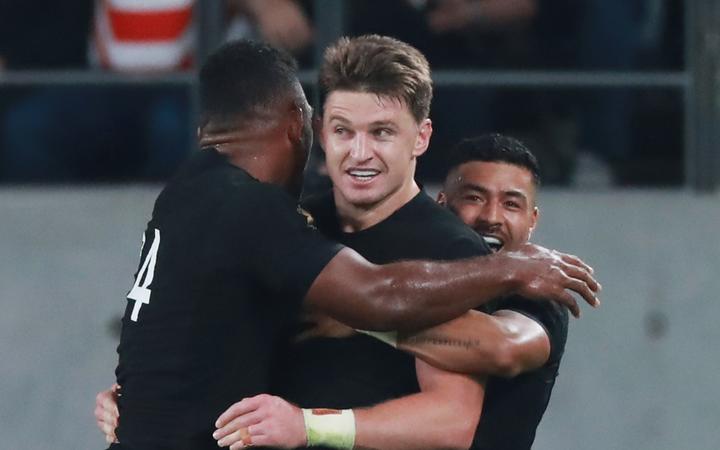 Everybody loves a good list. They're good for starting debate, they fill the time between matches and just the form, corralling things into Top 10s or First XVs gives some certainty to life when we're all feeling a little uncertain over England in the semi-finals.

But best of all they reveal something about the list writer and their biases.

So today we present the best lists of the Rugby World Cup semi-finalists - Wales, South Africa, England and New Zealand.

The Welsh know almost as much about rugby as Kiwis do, so we consulted our colleagues at Wales Online, a website for Welsh news, and they have come up with a list of "Six contenders for players of the tournament". Why six you ask? No idea, but six it is.

They have been very diplomatic naming a Fijian, Japanese, Welshman, South African, Englishman and New Zealander as their contenders. Two of the players are in teams that didn't make the semi-finals.

So their players of the tournament are Semi Radradra (Fiji), the flying wing who beat no fewer than 29 defenders in his pool games at the Cup; there's Beauden Barrett who benefits from being in the 1-2 playmaker combo set up by coach Steve Hansen; they like Kazuki Himeno , the Japanese flanker, lock and number 8, who was everywhere in every game he played; then there's Tom Curry, of England, and another flanker who they saw as outplaying the Michael Hooper and David Pocock combination as England dumped the Wallabies - and he's just 21; and, they pick Damian De Allende - even they admit it may seem strange - as their final pick because, although not flashy, he is "the Conrad Smith of this World Cup, being the glue that has held together the South Africa midfield" - fair enough, too.

But naturally there is a Welshman among the Big Six. He is Justin Tipuric, the flanker. This is what WalesOnline have to say: "No less a figure than Lions and England back-row great Laurence Dallaglio has done just that, saying "more people would be eulogising" Tipuric if he was a New Zealand All Black.

"I'd like to think I know a thing or two about the qualities a flanker needs at international level and he has them all: high workrate, including tackling, great ability over the ball, a target man in the lineout and speed around the park," he wrote in his Times column.

"Then there are the extras which make Tipuric world-class - great handling ability and rugby intelligence."

WalesOnline also have a poll of their readers asking who is the best. Tipuric has more than half the vote.

The Guardian has a similar list, though theirs is four players who could light up the semi-finals. Why four? No, no idea either, but four it is.

They pick Beauden Barrett, again. He must be sick of appearing in greatest hits lists. The Guardian blogger Ben Ryan says: "He is brimming with confidence and swagger right now - as that attacking threat at the back and second receiver at the front, he is unlike anyone else in the tournament. The other three sides have not got a full-back who offers them so much in those areas. If there is one player England need to subdue for the entire match, it's him."

He also spotlights, the Springboks very fine winger Makazole Mapimpi. "The first member of his family to play rugby, he attended schools that had no history of producing players and worked his way through the levels by scorching through defences and scoring tries. The emphasis in the semi-finals will be scoring points against miserly defences. That's what Mapimpi does."

And the Guardian, too, go for Justin Tipuric. That's two votes from two lists, equal with Bauden. He gets the nod for his work rate and his all round game, running, tackling, passing from flanker.

Naturally, the Guardian picks an Englishman, Owen Farrell. "Without him, England will not win the World Cup... Farrell is that Jenga piece that if you removed on Saturday, it will all fall down."

This is the only list in our list of lists to mention Jenga. It's a board game, for those whose pastimes don't stretch to it.

The Old Enemy! They must have a mighty list and they do. This one comes from South Africa Rugby Magazine. And at last a sensible number - 15. These South African journalists are picking their XV from the quarter-finals and here zero in on the forwards. And why not, it all starts and ends with forwards doesn't it?

So that is FOUR Englishmen, two New Zealanders, a Frenchman and one South African.

Let's hear what they have to say about their man, Lood de Jager: "The Springbok lock looks like he has finally escaped the 'Bomb Squad' (as the Bok bench call themselves) and solidified a place in the starting lineup ahead of Franco Mostert. Not only did De Jager help the Boks keep their proud record of losing none of their 57 lineouts in the tournament, by winning all five of the lineouts thrown to him against Japan, he also did some enforcing - making 14 tackles (the second most of any Springbok in the match) without missing a single hit." That sounds a very reasonable pick.

So what kind of a list would New Zealanders come up with?

Here's one from our colleagues at Stuff: All Blacks dominate team of the Rugby World Cup quarter-finals. That seems about right, surely Eddie?

Stuff's Paul Cully names 10 All Blacks in his team of the quarter-finals but there is room for centre Virimi Vakatawa of France, a "one man backline for France", Mapimpi of South Africa again (that's a couple of votes for the wing now), England flanker Sam Underhill (Cully is in agreement with the South African Rugby magazine on this one), English prop Kyle Sicnkler (that's a couple of mentions now) and hooker Jamie George of England.

Let's pick one entry to give a flavour of the analysis - Brodie Retallick at lock. "Yes he's back, yes he's back in black. Retallick was close to his very best with a brilliant all-round performance." See completely objective, Eddie.