In 2011, while the Rugby World Cup was hosted in New Zealand, Namibian scrum half Damian Stevens remembers arising in the wee hours to cheer on his country. 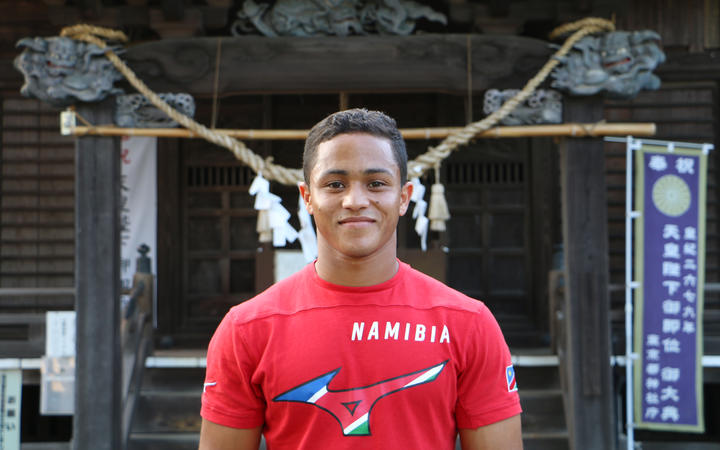 "It's always been a dream for me... I used to wake up early in the mornings, and watch the boys, support the boys, and now I'm actually playing with some of those boys."

In 2015, at just 20 years old, he had the challenge of playing in his first World Cup and says since then, the team has been working hard to make an impact in this year's tournament.

"The past four years, with coach Phil [Davies], we've been building for this opportunity for us to get our first win at the Rugby World Cup."

He says it's been a long and hard journey for the team, and it's rewarding for them to not just be here, but to play against teams like the Springboks and the All Blacks.

"It's a very proud moment for us as Namibians are getting to compete against the best players in the world."

"It's obviously not the teams we would want to play again to achieve our first win … you just get excited as a player. You contest yourself against these players, you compete against them, and you're on the same pitch as these guys that you watch on Super Rugby level every weekend."

Twenty-one-year-old back rower Prince Gaoseb said he too was excited to see New Zealand in their pool.

"I'm always up for a challenge, always trying to measure myself against the best players in the world. That's the only way you'll see where you really stand." 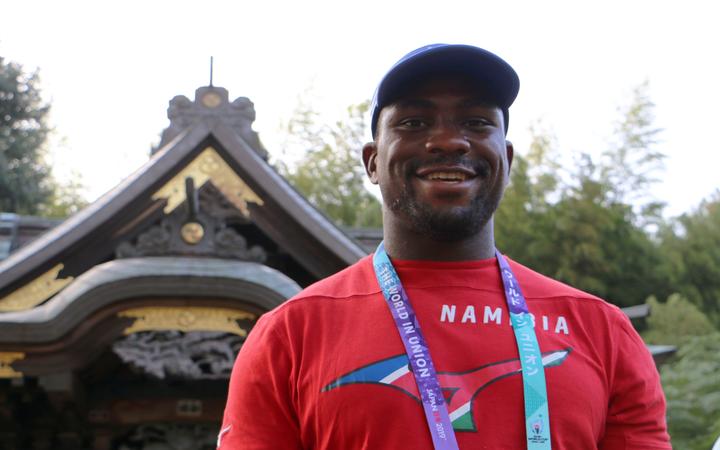 Gaoseb says they are used to just competing against Tier 2 teams, and their main objective is to enjoy the game, and implement what they have practised.

"This is every rugby player's dream, most don't get to play on this level in their lifetime so for me I just embrace it as it comes, cherish this opportunity and make the most of every chance I get."

He says the gap between the Tier 1 and Tier 2 teams is not as huge as it was before, but believes if Tier 2 teams were facilitated and equipped with the same infrastructure Tier 1 teams had, it would be a more competitive and fair game.

"We know it's going to be a difficult challenge for us as the Namibian team because it's not the team that we usually play against," Stevens says of going up against the All Blacks, "We always have these challenges every four years when we do qualify for the Rugby World Cup."

He says the team have personal objectives they are hoping to reach in the All Blacks match, but won't give those away, except to say they're trying to build phases, and create good communication for players on the pitch.

"It's a big achievement for us to be here," Prince Goeseb says, "people back home are always going to be proud of us, they're going to support us, and hopefully we don't disappoint them, we just go out there and implement what we do on the training pitch."