A fuming Australia coach Michael Cheika has launched a furious attack on rugby chiefs over a crucial decision in last night's 29-25 World Cup loss to Wales, saying he was embarrassed by the decision to penalise Samu Kerevi while he was carrying the ball. 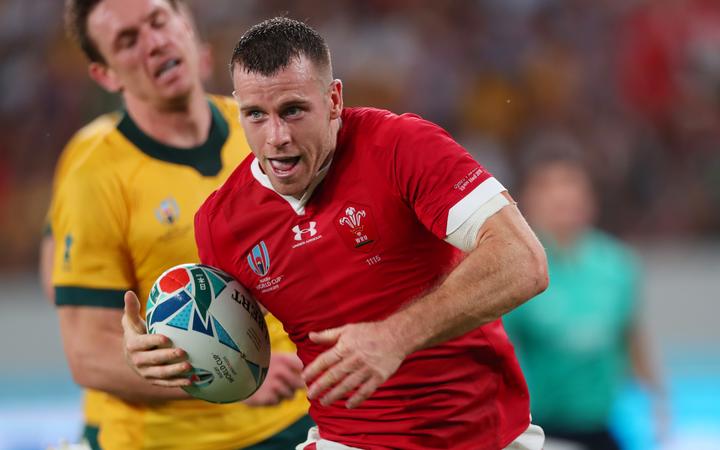 Wales halfback Gareth Davies on his way to the tryline after his intercept. Photo: Photosport

Already angry with rugby's officialdom over the three-match ban handed out to winger Reece Hodge for a dangerous tackle in Australia's first match against Fiji, Cheika was moved to near apoplexy by the Kerevi decision.

With his side trailing 13-8 five minutes before the break, he barrelled into Wales first five Rhys Patchell a couple of metres inside his own half.

At the next break in play, referee Romain Poite referred the tackle to the Television Match Official and between them they decided Kerevi had led with his forearm and hit the Welshman on the chest then throat.

Patchell converted the long-range penalty and two minutes later Wales halfback Gareth Davies raced away for an intercept try in a double whammy that left Australia in a big hole at 23-8 down.

Cheika suggested in his eyes that Kerevi's approach to the tackle looked remarkably similar to that of Fiji flanker Peceli Yato in the incident that earned Hodge his ban.

"It was pretty funny, because I thought I had seen it before, might have been Reece Hodge, I am not sure," he said with a heavy dose of sarcasm.

Cheika was asked whether it was concerning that he, as a national team coach, was not aware of the directive under which Kerevi was penalised.

"I don't know every directive. Lots of them come out," he said.

"Everyone seems worried about stuff so much. I don't know why. The players aren't worried. It affects everything else on the field too, decisions on all sorts of crazy stuff."

Warming to his theme, Cheika noted the loud boos, albeit mostly from the Australians in the crowd, that followed the incident.

"Administrators are spooking the refs and refs are afraid of making decisions," he added.

"It's not inviting to the fans. Why should we have booing with these types of crowds? They aren't booing the players either. It shouldn't be happening."

Australia captain Michael Hooper remonstrated with Poite after the Kerevi decision and said he remained perplexed about the penalty.

"I don't know how to carry into a player, as a player I am trying to make a dominant carry," said Hooper.

"(Patchell) has used poor tackle technique and fallen back. I don't know what Samu could do. I was asking what we could do in the future to make sure that didn't happen again.

"If it is going to be a factor in the game, we have to deal with it." 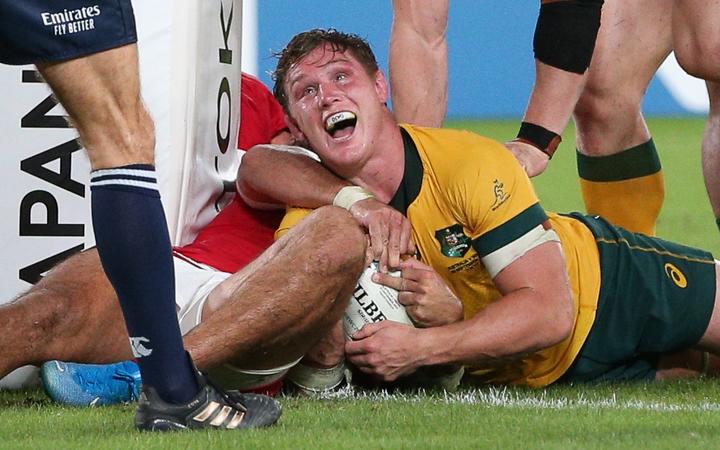