Some Hibiscus Coast coffee lovers are having to survive without their favourite barista as he puts the beans down to cheer on Wales at the Rugby World Cup. 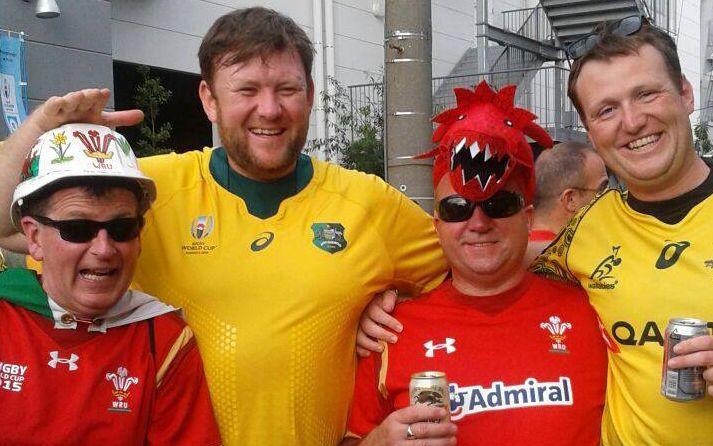 Barry Thomas runs a mobile coffee van, Cafe2U, around the Hibiscus Coast in Silverdale and Orewa, and made it to Japan in time to watch Wales beat Australia 29-25.

He informed his loyal customers in writing that he was leaving them "to support my beloved Welsh Rugby Team in the Rugby World Cup", and listed a number of possible return dates, depending on how deep Wales progress in the tournament.

"There's a lot of them getting disheartened about the fact that they'll miss me for about three to four weeks, but I'm telling them to be positive and just think, I will be back."

However, should Wales win the Rugby World Cup, he's already warned customers he's taking the rest of the year off.

"When Wales win the Rugby World Cup I will probably be celebrating through until Xmas, so I would like to take this opportunity to wish you a very Merry Xmas and a prosperous New Year, and see you all in 2020." 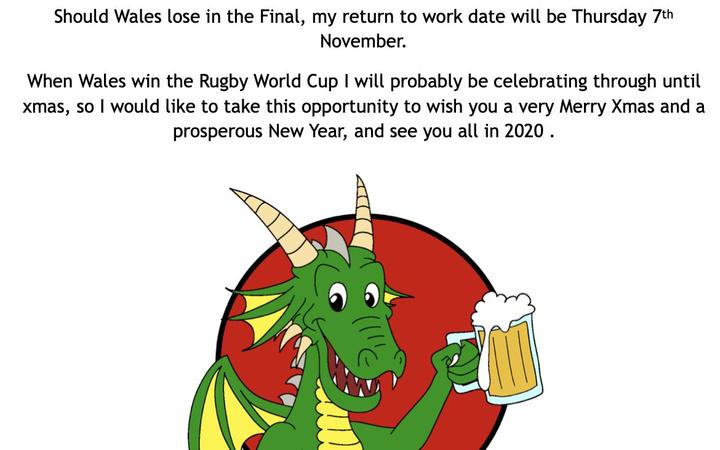 Barry has been living in New Zealand for about 21 years, and has followed the Welsh team around Australia and New Zealand. "Whenever they're playing this side of the hemisphere I don't tend to miss any of their games. I'm a very passionate follower.

"In Wales we've grown up with rugby, rugby is the number one sport even though there are probably more football players. I didn't use to miss any of the Home Nation games in Cardiff and I always travelled to France, Scotland and Ireland for their games."

He's hoping Wales at least make it to the quarterfinals, and says this is a more open World Cup than it has been previously.

"New Zealand are still favourites, but the last couple of World Cups they've been out and out favourites. I think with the likes of Richie McCaw and Conrad Smith they've lost a hell of a lot of experience especially on the pitch ... I'll be very happy if the [Welsh] boys get to the semifinals, but I wouldn't like to lose like we did in 2011 to France, having a player sent off like that was quite devastating to be honest."

Just after Wales beat Australia, Barry was very happy to have seen the team squeeze out the win, saying the match was unbelievable with a great atmosphere.

It was likely the start of a big night for Barry and his Welsh compatriots.