Opinion - How's this for insult to injury?

As if it's not enough that England were awarded the Cricket World Cup title, following their dramatic tie with New Zealand in the final, now they won't even give us the courtesy of a proper tour.

England are due to play the Black Caps between October and December, in five Twenty20 Internationals and two test matches, but - wait for it - it appears as if their best players might stay home.

Their director of cricket, Ashley Giles, was quoted this week saying that he fears player "burn out'' and one way around that is not sending the better ones to tour New Zealand.

The two tests are not part of the newly-announced World Test Championship and, therefore, really aren't very important.

Giles said England were "not trying to lessen the importance of that series'' in New Zealand, it's just that they have further tests to play in South Africa and Sri Lanka that are likely to take precedence.

In fact, from an England perspective, their series here is such a non-event that Giles has said they might not even have a coach. Incumbent Trevor Bayliss stands aside after the Ashes series against Australia so "it might be a caretaker coach,'' said Giles.

In case anyone has forgotten the world cup final, what a match it was. Why? Because it mattered. Because both sides picked their best XIs and played as if the result was of some consequence.

What Giles is saying now is that these upcoming games against the Black Caps aren't. Sure, the marketeers at New Zealand Cricket will tell us it's a world cup rematch - and price their tickets accordingly - but it's not.

Certainly not since Giles said Joe Root and Ben Stokes and Jos Buttler and Jofra Archer and Jimmy Anderson - and whoever else - probably need to sit these games out.

Administrators the world over wring their hands about eyeballs. Eyeballs at the ground, but particularly eyeballs trained at the television, make everyone money. 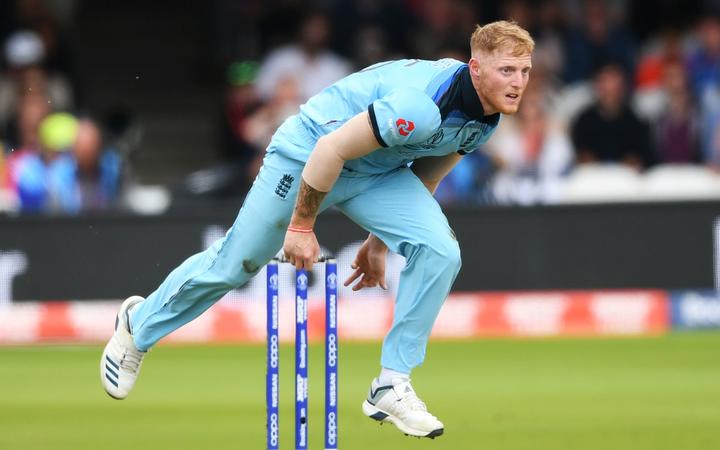 If no-one wants to watch then - gulp - someone around here might have to take a pay cut.

The 'solution' is always more games. Or, more to the point, more meaningless games, which means more opportunities for the best players not to play.

I have a son. He loves sport. We go to watch it sometimes, although, unlike your average administrator or athlete, I'm not made of money. Yes, we can go occasionally, but we have to be strategic.

We went to watch India play New Zealand in a one-day game last summer. My son really wanted to watch his favourite player, Virat Kohli. Only Virat had a world cup coming up, so he was rested.

The Hurricanes were next on our itinerary. A date was chosen, off we went and, what do you know, no Beauden Barrett. He was resting ahead of a world cup too.

Last week it was the All Blacks. Where's Ardie, dad? Don't tell me it's the world cup again. Sorry mate.

The thing is, if you take the shine off enough of these events, people don't want to go. They lose heart and interest and they opt to play Fifa 19 on the Playstation 4 because the best players are always available.

Sure it's make believe, but then so is the notion that England are touring here this summer.

A coach-less team of English cricketers will be coming, but not England. At least not the England whose world cup final tie with New Zealand ought to be the catalyst for huge growth in the number of people who want to watch and play cricket in this country.

Instead we'll be sent a bunch of James Vinces and Ollie Popes that only true cricket badgers have ever heard of.

It's hard here in New Zealand. Yes, we might be finalists at the past two Cricket World Cups - which surely counts for something? - but we remain small fry. We don't have an Ashes equivalent. We're lucky to get two tests against cricket's elite sides, let alone five.

Rugby's already gone the way of international friendlies. Outside of a world cup knockout match, or maybe a Bledisloe Cup, the All Blacks aren't that interested. Head coach Steve Hansen has said as much.

Now, from the high of the Cricket World Cup final, we're back to realising that we really just don't rate. That playing against the Black Caps is a chore that a big team, such as England, won't subject their best players to.

People's love of sport and of teams isn't boundless. They don't have an endless supply of money to throw at tickets and TV subscriptions.

One day they'll grow tired of all these meaningless matches and turn off. For good.