All Blacks lock Brodie Retallick should recover in time to play in the Rugby World Cup, according to a leading New Zealand sports physician. 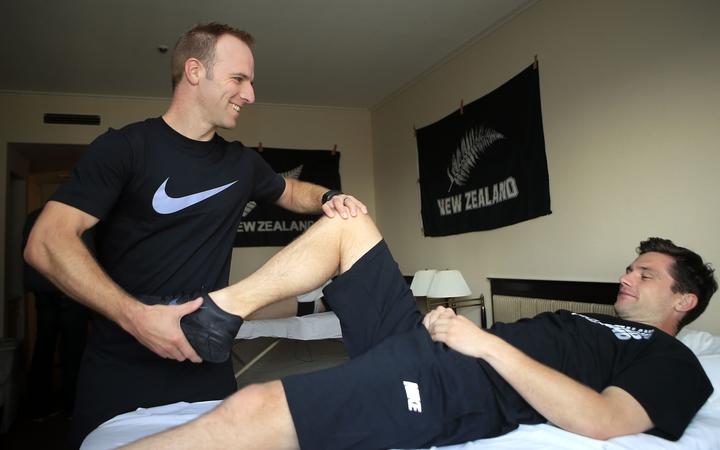 Retallick left the field in the All Blacks' 16-all draw with the Springboks at the weekend and it was later confirmed that he had dislocated his shoulder.

The All Blacks have put no time frame on his return but remain hopeful of him playing in the World Cup.

New Zealand's first game of the World Cup is against South Africa in just under eight weeks.

"It is tight but I think his chances are pretty good.

"The main problem when people dislocate their shoulder is, other than the pain association with it, the likelihood of it happening again which is relatively high, but with a key player like Brodie Retallick, the All Blacks medical team will be giving him every chance to make it.

"A lot of rugby players do opt to have an operation to re-stabilize their shoulder, but that won't be an option now as it takes four or five months to recover from."

Fulcher said there are plenty of non-evasive options for the All Blacks medical staff.

"The rehabilitation process can be very effective and then things like taping also work really well, so I think he'll get there and I don't think we need to be too concerned about that."

Fulcher said knowing it could happen again can make some athletes less confident about returning to the playing field.

"The answer to that is possibly yes, part of the recovery process is about the psychological impact of the injury, so progressively challenging the shoulder.

"That means hitting the tackle bags before you hit players and then hitting teammates before you go into a live tackling session and so a big part of the recovery is working on that psychological readiness to go back to play.

"I think by the time he gets there, a lot of work will have been done to those components of it."