There is worldwide sympathy for New Zealand after their heartbreaking loss to England in an all-time classic Cricket World Cup final. 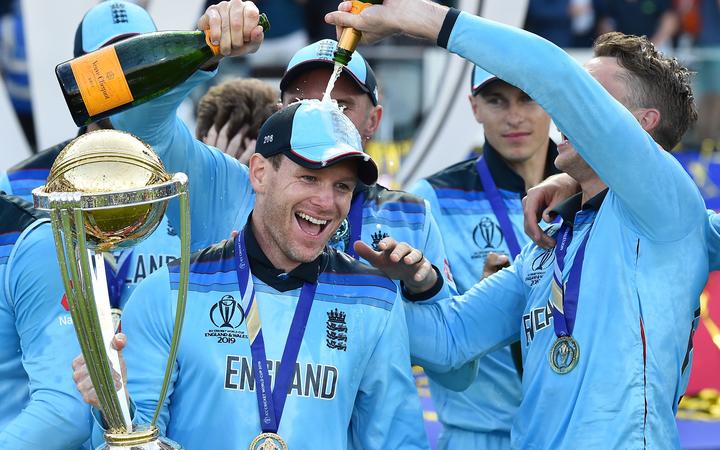 The Daily Telegraph's reporters Giles Moles and Alan Tyers wrote on their blog: "That is truly amazing. That is the most remarkable end to a cricket match imaginable, let alone for it to be the World Cup final.

"Some of the Kiwis are in tears as well [as England players] and I have to say I feel very sorry for them. They gave everything and this is a cruel way to lose a match.

"So much skill, so much heart on both sides, and then a few moments of luck - crucial, totally unpredictable moments of luck. None more so than when that throw came in and then hit Stokes's bat [during the final over] and went for four." 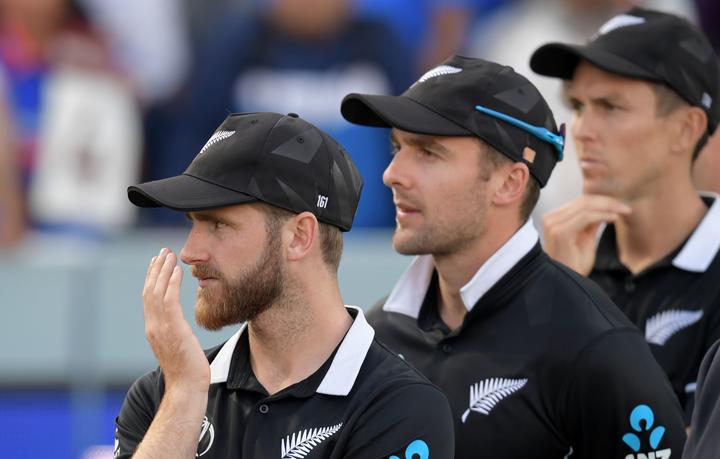 Kane Williamson looks on at the presentation. Photo: AFP

"Only the Kiwis could have coped so graciously with the manner of their defeat in the most riveting final this tournament has ever witnessed.

"Somehow England could celebrate victory, yet no sane cricket fan in the ground could conclude that New Zealand deserved to lose. After this surreal hour they emerged with as much credit as England, maybe more, since the cricketing deities had been so cruel."

"They certainly don't deserve to be nearly men yet again, beaten finalists for the second time in a row, following all those semis down the decades. What they lack in charisma, they more than make up by being cool, calm and civilised.

"They kept their heads, they bounced back from three successive defeats, they were brave enough to bat first and canny enough to defend a modest total, yet again.

"But the winners are - and I cannot believe I'm typing this - England. They have won their first World Cup in the wackiest of circumstances: always behind when they batted, at times paralysed by the slow pitch, yet dragged over the line by (primarily) three players. Jos Buttler, with his silky strokeplay and icy nerve. Ben Stokes, with his bloodymindedness ... And Joffra Archer with his preternatural calm in the Super Over: he's gone from new boy to Atlas in three months." 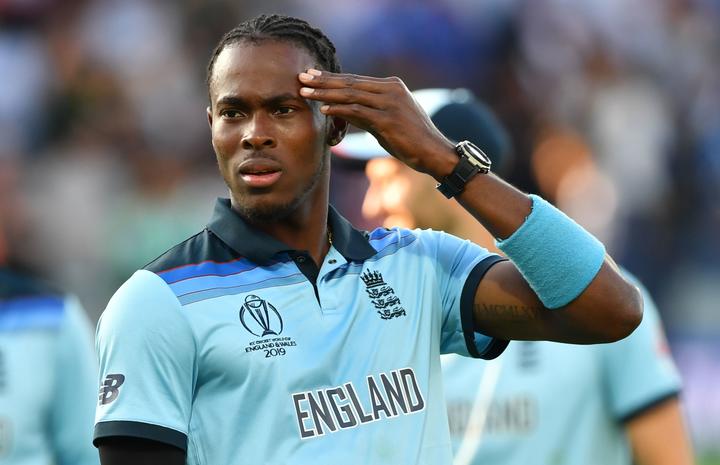 Former England captain and commentator Michael Vaughan told the BBC: "There's not one person who has left the ground. This is exactly what cricket needed. In five or six years' time, there'll be kids in the street who were inspired by Ben Stokes and Jos Buttler.

"I can't believe what we have just witnessed. The emotions of what we've been through on air... wow, but what about the players?! They gave it absolutely everything."

Former Black Cap Scott Styris said both teams can be regarded as champions.

Sports Minister Grant Robertson, who attended the final, said New Zealand had played with great courage and integrity and he did not believe they had lost today, "They are loved by fans all over the world because of the way they play the game."

The ABC said Lady Luck was not on New Zealand's side, allowing England to win its first World Cup, "incredibly beating New Zealand in a super over after the greatest ever final ended in a tie at Lord's".

Many cricket fans criticised the way the match's outcome was decided.

How can you decide the winner just on the basis of boundaries ? Why not another super over?

England has NOT won. They've been "awarded" this world cup by ICC. Period.

How is that NZ loose? Absolutely stupid rules

Best Match i have ever see in Cricket history.Simply the best finale in the World Cup history!Really a treat to watch! New Zealand won our hearts.❤ I feel both teams deserved to win the #CWC19
Congratulations to England & Stokes..#CWC19Final #ENGvsNZ pic.twitter.com/wIdHXOzpXj

Perhaps Stokes who was England's batting hero should have the last word: "All the hard work to get here and be world champions, it's an amazing feeling. Playing against New Zealand is always a good event, they are good lads.

"I will be apologising to Kane for the rest of my life [re: the overthrow for the six]… It was written in the stars to happen for us."