New Zealand have cruelly lost the Cricket World Cup final after a Super Over - a decider more usually associated with the shorter Twenty20 format of the game. 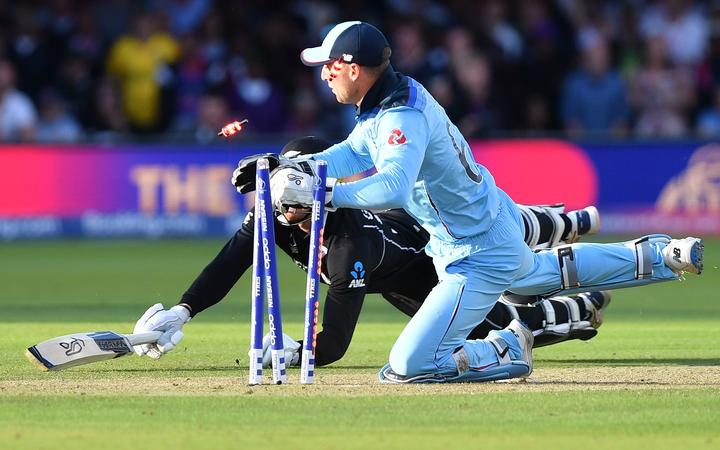 The Super Over consists of one over (six balls) for each team. If it is used, the winning team of the Super Over is declared the winner of the match and the victory is seen as equivalent of one earned in a regular match, Wikipedia says.

The Super Over was first used in 2008 in Twenty20 cricket, replacing the bowl-out method that was previously used for breaking a tie.

It was introduced into one day international cricket at the 2011 Cricket World Cup knockout stage, where a game ending in a tie would have been decided via Super Over, but it was not used, as no 2011 knockout games were tied.

For the following World Cup in 2015, only the final was to be decided by a Super Over in the event of a tie but it was not needed as Australia comprehensively beat the Black Caps. Ties in other knockout-stage matches returned to the previous rule where the team with the better group stage performance would advance.

At Lord's today, in a World Cup first, New Zealand needed 15 to win; otherwise England would have won due to hitting more boundaries in the 50-over contest.

The Black Caps batsmen Martin Guptill and Jimmy Neesham faced fast bowler Joffra Archer who had never given up more than 15 runs in an over in ODIs.

As it turned out he conceded 14 but with Guptill run out seeking the 15th run, England won the World Cup with the superior number of boundaries.

England will bat first
New Zealand choose which end to bowl from
2 wickets ends the Super Over innings
If it's still a tie, England win by superior boundary count#CWC19 | #CWC19Final

ENGLAND ARE THE WORLD CHAMPIONS!#CWC19Final