These responses have been published with permission. 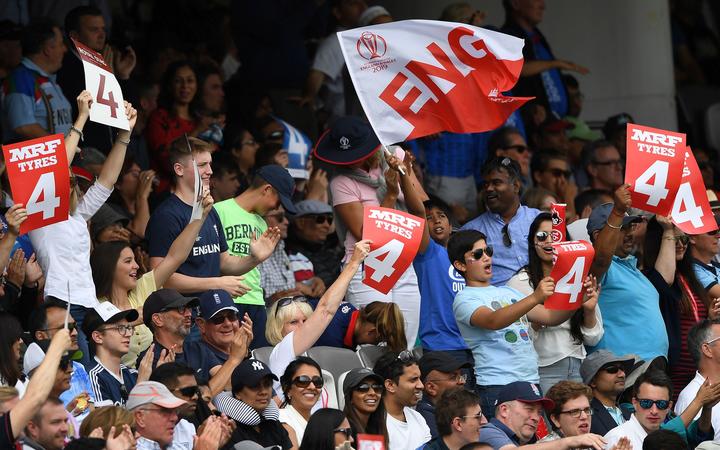 From Sam in Christchurch:

I just wanted to write about your recently posted column about the Cricket World Cup.

First of all, I liked your biblical "gnashing of teeth" allusion at the start of the article. Cricket hell is exactly what I feel I've been experiencing!!

I don't disagree that England are good champions of this tournament. They're a fine team and good for them for winning. I don't hold their joy against them.

I feel entirely justified in my own "moaning" however, and your argument didn't address my concern, and I want to respectfully give you that perspective - take it or leave it as you will.

My existential problem is the way the tiebreaker inherently judged the value of both teams' runs, which I think is anti-cricket. After a complete game and super over both teams had the same amount of runs. But by using boundaries as a tiebreaker the rules favoured England's runs over NZ's runs, saying that England's runs were better runs, more valuable runs, more worthy runs.

You wrote at the end of the article that we should be philosophical about this result, and I agree that luck/destiny is not in human hands. I too am a determinist and won't repent of that now. So it does go, you're right. But this result raises other philosophical questions that we will miss if the public just moves on, as you suggest. Like: Is cricket now a discriminative sport where value judgements are made about the way teams play? That the way some teams play (in this case NZ) ought to be disfavoured over the way other teams play?

In my opinion that's just the tip of the iceberg. Or do you think that is "moaning" too?

So for me in summary, not only am I grieving NZ losing in such a cruel way, but I'm also grieving about what has happened in this result to the game I love. It's regressive in every way and is simply not cricket.

Best wishes, and thanks for reading my response.

As a New Zealand citizen born and raised in England, I am utterly offended by the sentiment in your article entitled "Opinion: Stop the moaning we're sounding like the Poms".

It seems that you and others in New Zealand, while finally becoming more sensitive and less racist toward Māori and other ethnicity's living here, still think it is okay to abuse the English.

I have been dealing with subtle, and not so subtle, racism of this type since I arrived in New Zealand in 1996. I really don't understand what gives you the right to describe the English as POMs, tongue in cheek or otherwise, and then publish an article on a respected news website using such racist terminology. And what is RNZ thinking?

I am proud to be English and love my adopted country but I really don't love the endemic racism that exists in New Zealand. I have heard it all!

I would also like to add that under the circumstances of yesterday's loss to England, I think it is absolutely fine for New Zealand supporters to question and debate the overthrow decision. I would too and not because I am a moaning POM! The ICC rules, as published on RNZ yesterday make it clear that the umpires decision was wrong.