The Springbok first five Handre Pollard will miss the majority of the rugby season because of injury. 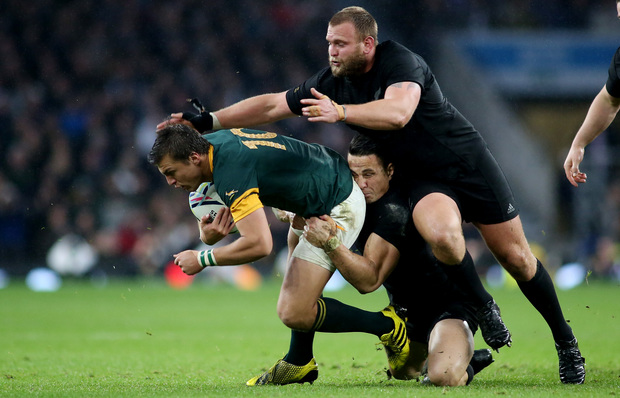 Pollard will miss the Super Rugby season, the test series against Ireland and the Rugby Championship after rupturing knee ligaments in a freak training accident.

The Bulls say he will undergo surgery today and could be sidelined for nine months.

"Handre was easing back into training, his first phase of final rehab before being cleared to play and was busy with a passing drill when he injured himself," coach Nollis Marais said in a statement.

Pollard tore cruciate knee ligaments at training at Loftus Versfeld in a freak accident where there wasn't a player nearby him.

"This is pretty devastating for all of us as Handre was a key player for us."

Pollard was undergoing fitness tests with the Bulls on his first day back at the franchise since returning from Japan where he had been playing club rugby.

The 21-year-old has won 20 test caps for the Springboks since making his debut in 2014 and was among South Africa's leading performers when they finished third at last year's Rugby World Cup.

He recently extended his contract with the Pretoria-based Super Rugby franchise until 2019 but was allowed to play in Japan for three months after the World Cup.

The Sharks captain Pat Lambie is also out of action through injury.

The Super Rugby season starts at the end of the month.