South African rugby has paid tribute to All Black captain Richie McCaw, who announced his retirement from the game after a career which spanned 148 Tests and two Rugby World Cup triumphs. 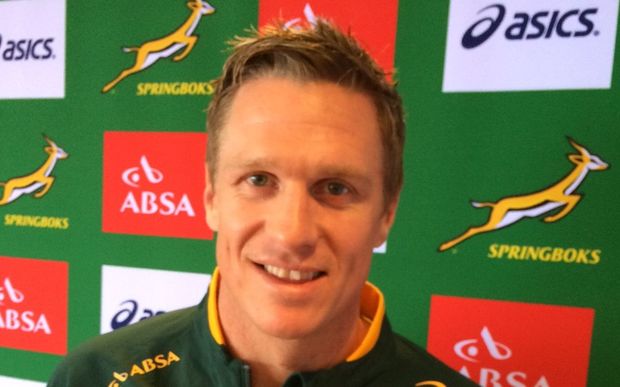 The 34-year-old McCaw, who made his Test debut in 2001 against Ireland in Dublin, will go down in history as the most decorated rugby player ever. His 148 Tests is the most by any player and he was on the winning side 131 times for the All Blacks.

"Richie's record is nothing short of phenomenal and we would like to congratulate him on an exceptional career for New Zealand, the Crusaders and Canterbury," said Mr Oregan Hoskins, president of the South African Rugby Union.

"Richie played against the Springboks 26 times we were on the receiving end of his ability 20 times - no player has beaten the Springboks more than him. Ever since he made his Super Rugby debut for the Crusaders way back in 2001, South African teams have been trying to figure out how to get the better of him.

"But the real measure of a rugby giant of the game isn't always his statistics and records, rather how he is seen by his peers and here in South Africa he is very highly regarded. Our players have nothing praise and admiration for his achievements.

"His superb record speaks for itself and he was in a class of his own for more than a decade. To say he is the greatest All Black ever is an apt description of a man who gave everything he had to the game we all love. We would like to wish him well for the next chapters in his life."

Springbok captain Jean de Villiers, who announced his retirement from Test rugby almost two months ago at the Rugby World Cup following an injury, said McCaw can be very proud of his achievements on the rugby field.

"We all know that at some stage we will have to hang up our boots and say good-bye to this game we love so much," said De Villiers.

"All we then have left are memories and Richie can be immensely proud of the memories he has helped create on and off the field.

"He has been superb and what he has achieved on the field, as an individual and as captain of the All Blacks, is nothing short of unbelievable. The whole of New Zealand can be very proud of him. Richie will probably go down as the best who has ever played his game and his achievements will last forever."