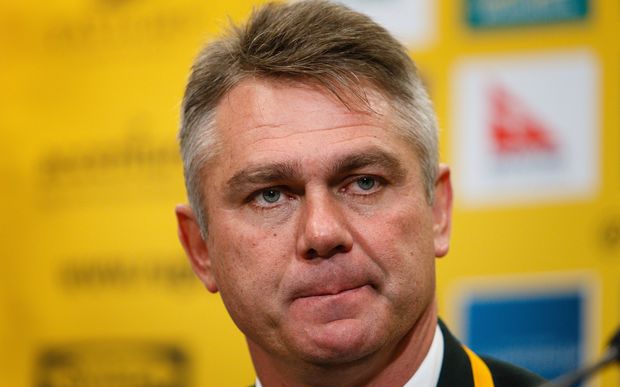 The outgoing South Africa rugby coach Heyneke Meyer believes "the time has come for change" after bringing an end to his reign as Sprinboks coach.

Meyer, who took charge of the Springboks four years ago, led South Africa to third place in this year's Rugby World Cup, which represented a reasonable recovery after his team suffered a shock 34-32 defeat against opening pool stage opponents Japan.

There are currently no indications about what the 48-year-old might do next, although it will not go unnoticed that new England boss Eddie Jones has yet to announce the make-up of his coaching support staff.

He had previously enjoyed prolonged success with the Pretoria-based Bulls, while he he also spent time in charge of Aviva Premiership club Leicester.

"I have always put the Springboks first in my time as coach, and since returning from England, I have realised that as much as I believe I still have a lot to offer, the time has come for change," Meyer told www.sarugby.net.

"My integrity has always been very important, and I feel I can leave with my head held high. I've always maintained that my only motivation was to serve my country and to do what was best for the Springboks."

In spite of the high pressure of the job and the stress it had put on his family, Meyer said he had enjoyed his time with the team.

"I have put my heart and soul into the job and did my very best. I believe that, overall, I leave the team with much to look forward to in 2016, with new structures in place to ensure the Springboks will remain competitive on the world stage."

SARU said that the search for a successor would begin immediately, and Hoskins paid tribute to Meyer, describing him as someone who "gave his all".