Burger, 32, has played 86 tests in a 12-year international career that included winning the World Cup with the Springboks in 2007.

He has played in four World Cups, including last year's hosted by England. 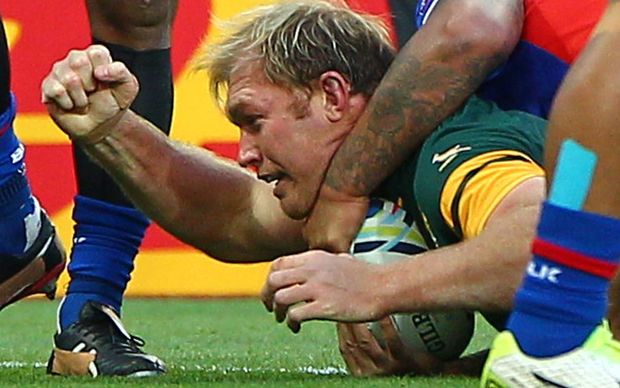 Burger will join the London-based club after a spell with Japan's Suntory and Capetown-based South African Super Rugby side the Stormers.

"Schalk is a Springbok legend and will add a huge amount of experience and quality to our young English pack of forwards at the club," director of rugby Mark McCall told the Saracens website.

"We have always talked about having the right blend of experience and youth in our squad, so to be able to add one of the world's finest players to the group is extremely exciting news."

"It's an exciting challenge for me and my family and hopefully I can add a lot of value both on and off the field to an already successful group of players and coaches," Burger said.