The Sri Lankan cricketers have kept the one day series against New Zealand alive, cruising to an eight-wicket win in game three in Nelson.

Set 277 to win, Tillakaratne Dilshan scored his 47th one-day half century to anchor a much-improved Sri Lankan effort, after the tourists had been soundly beaten in the opening two games of the five match series.

Dilshan, who has scored more than 10,000 one-day runs, had failed in the first two games of the five-match series with innings of nine and seven when they were dismissed cheaply and suffered seven and 10-wicket losses at Hagley Oval in Christchurch. 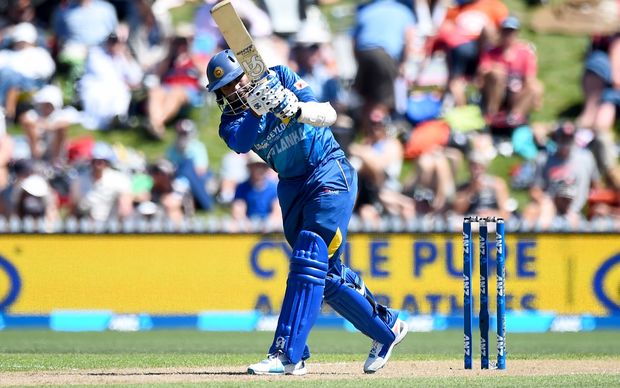 Tillakaratne Dilshan on his way to 91 in Sri Lanka's eight wicket win over the Black Caps at Saxton Oval, Nelson. Photo: Photosport

The 39-year-old struck 91 but was run out with his 23rd century in the offing and the visitors well in control of the game needing just a further 68 runs with 97 balls remaining.

Lahiru Thirimanne also finally found some form after being dismissed for one in both Christchurch games to score his 16th half century and finished on 87 not out as Sri Lanka finally achieved their first win on their tour of New Zealand.

Dilshan's opening partner Danushka Gunathilaka blasted a 45-ball 65, his first one-day international half century, after Sri Lanka's bowlers were far more competitive having been hammered for more than 100 runs in the first 10 overs of both of the first two games.

Five of New Zealand's top six batsmen all got starts with stand-in skipper Kane Williamson top scoring with 59, though they failed to build any big partnerships with the largest the 60 runs put on between Williamson and Tom Latham (42) for the second wicket.

New Zealand were reduced to 163 for five in the 33rd over but the tail ensured they saw out their full complement.

Tim Southee, back after being rested for the first two games, belted two sixes and a four from the final three deliveries to finish on 18 not out to take New Zealand to 276-8.

The fourth game of the series is also in Nelson on Saturday.

Look back over the match here. 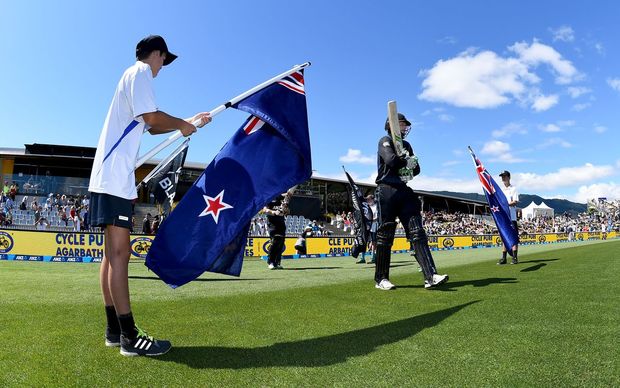