The Black Caps have thrashed Sri Lanka by 10 wickets in the second one-day match in Christchurch, with opening batsman Martin Guptill hitting the fastest half century in New Zealand cricket history - off just 17 balls.

See how the game unfolded here 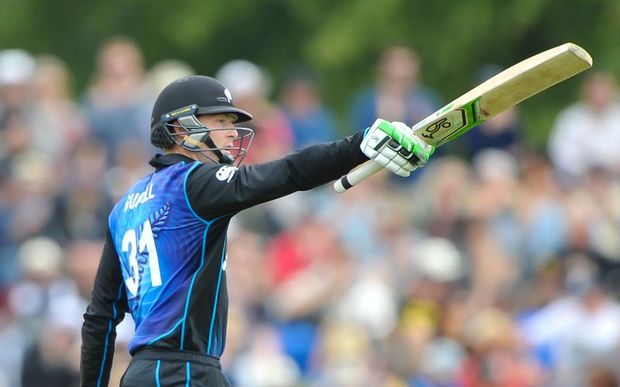 Guptill was one ball off equalling the world record of 16 balls for 50 runs, set by South African star AB de Villiers.

His unbeaten 93 helped the hosts easily chase down Sri Lanka's innings of 117 all out, with his team cantering to a winning total of 118 without loss in just eight overs and two balls.

The Aucklander hit eight sixes and nine fours - beating the previous national record of 18 balls, set by his injured captain Brendon McCullum, who was replaced by George Worker after leaving the field with an injury during the first innings.

Guptill smashed three sixes and two fours in one over by Dushmatha Chameera, plundering a massive 28 runs.

Ross Taylor took over as skipper after McCullum departed and Tom Latham was moved up the order to replace him as opening batsman.

Latham faced just 20 balls for his unbeaten 17, with Guptill almost making a century as he faced 30 deliveries. 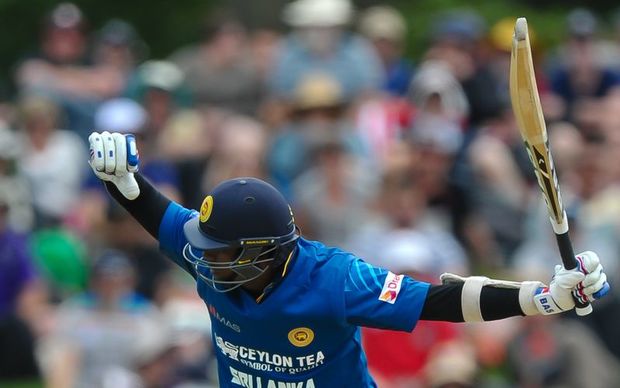 The tourists lasted just 27 overs and four balls in an even worse innings than the series opener, which they lost by seven wickets at the same venue - Hagley Oval - on Boxing Day.

They lost nine of their 10 wickets in the first two hours and also survived bowler Nuwan Kulasekara being given out lbw on review.

Matt Henry, man of the match in the first one-dayer, took four wickets for an even better 33 including both opening batsman. Tillakaratne Dilshan was the first to go for seven while Danushka Gunathilaka was also caught, for 17.

Henry also bowled Sachithra Senanayake for a duck to claim the eighth wicket, which was the third in a row to go without the addition of a run as the disastrous Sri Lankan innings reached a nadir.

Chamara Kapugedera was then run out by substitute fielder George Worker after a mix-up between the batsmen.

Henry added Senanayake and then felled Kulasekara to a catch at short cover, and that was the first innings. 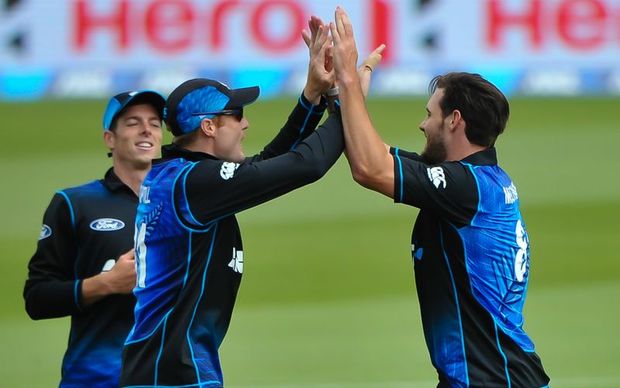 The two teams now relocate to Nelson for the next two of the series' five one-day matches at Saxton Oval in Nelson, on New Year's Eve and 2 January, followed by the final game at Mount Maunganui on 5 January.