The New Zealand cricketers have cruised to a comprehensive seven-wicket victory over Sri Lanka in the first one day match at a sold-out Hagley Oval in Christchurch. 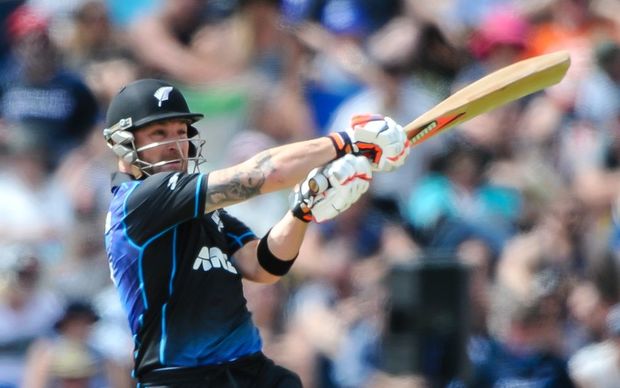 After bowling the Sri Lankans out for 188 after 47 overs, the Black Caps batsmen made their chase for the target of 189 runs look easy, finishing on 190 for three at the end of just the 21st over.

The home side only needed 3.78 runs an over off their 50 overs, and they finished with a run rate of 9.09 as they easily won the Boxing Day match.

Brendon McCullum raced to a quickfire half century before holing out for 55 off 24 balls to Milinda Siriwardana, but the captain put on 108 runs for the first wicket with Martin Guptill - at more than 10 an over. 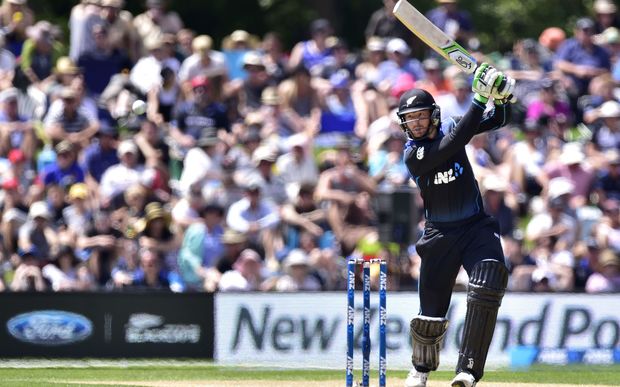 Guptill was caught for 79 shortly before the end, also off Siriwardana. His knock saw him become the highest run scorer in one-day internationals this year.

Debutant Henry Nicholls hit the winning runs with a four, one of five he smashed, and was 23 not out with Ross Taylor an unbeaten five.

Tom Latham was the only other wicket to fall for the hosts, bowled for 18 by Tillakaratne Dilshan.

The tourists won the toss and chose to bat, but only a seventh-wicket partnership of 98 overly troubled the scorers as they were all out with three overs remaining.

All-rounder Siriwardana and bowler Nuwan Kulasekara both made half centuries with Siriwardana top-scoring for Sri Lanka with 66, as well as claiming two wickets with the ball. 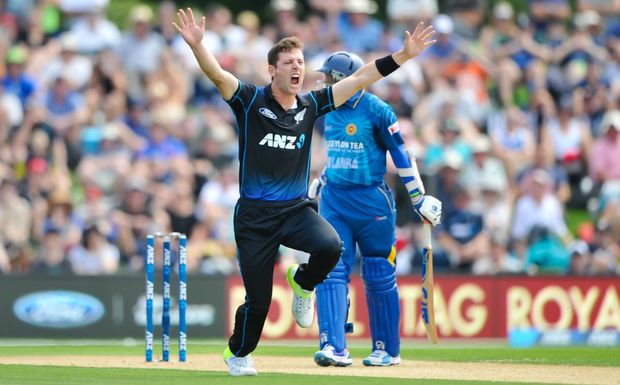 Five wickets fell in the first 10 overs with Black Caps bowler Matt Henry claiming four of them, Henry snaring Mathews caught for a golden duck the next ball after Lahiru Thirimanne was adjudged lbw for one.

Even the usually formidable Dilshan only made nine before he was caught off Henry by Nicholls. 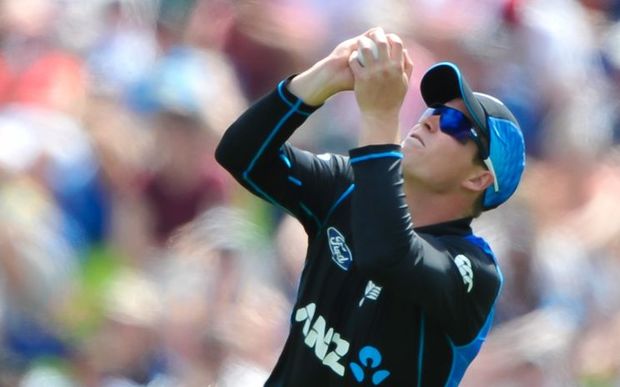 At 29 for five at the 10-over mark, the Sri Lankans needed some runs and Siriwardana obliged, becoming their first batsman to stick around and make double figures.

Kulasekara also fired in a crucial stand with Siriwardana as both men made half centuries, before Siriwardana skied one off Doug Bracewell for 66.

Kulasekara departed next over, nicking one behind for 58 to become Mitchell McLenaghan's first wicket.

The tail didn't last long after that, Canterbury's Henry the pick of the bowlers with four for 49, and he was named man of the match.

Kane Williamson was missing for the hosts as he battles knee and hand injuries. All-rounder Mitchell Santner also made his one day debut.

The two teams face each other again at Hagley Oval in Monday's second one-dayer. The series is five matches, with the next two at Nelson's Saxton Oval on New Year's Eve and January the 2nd, followed by the final game at Mount Maunganui on Tuesday the 5th.