The Wallabies' golden Rugby World Cup run will come to an end against the all-star All Blacks, according to the Australian side's former coach Eddie Jones. 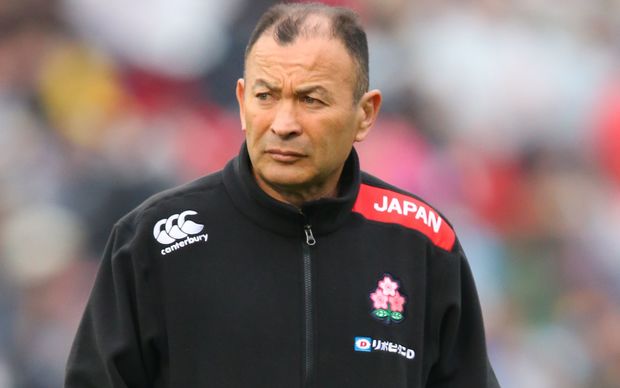 Jones led Australia to a heart-breaking defeat in the 2003 World Cup final against England, and predicted the same fate will befall Michael Cheika's men at Twickenham on Sunday morning.

The veteran coach, who masterminded Japan's historic upset of South Africa at this World Cup, said the All Blacks' record was peerless across all sporting codes.

"If you just look at the stats, then they are [the best ever]," he said.

"Their Test match record is so good; no other team in the sporting world - not just rugby - have a record like them.

"So if you just look at that, they're certainly right up there with the best of them."

When in charge of the Wallabies, Jones pulled off a major World Cup upset - orchestrating the semi-final defeat of the All Blacks in 2003, when Stirling Mortlock took a key intercept try in a tight fixture.

But, having analysed both team's victories last weekend, he is predicting Richie McCaw and Dan Carter will get fairytale farewells as the All Blacks become the first nation to defend a World Cup win.

"I think New Zealand will make it home in less than five points - it will be close," he said.

"New Zealand played against a South Africa team that played their best 40 minutes in the first half.

"To win that game to me was very impressive. They really stuck it out and showed belief in their own game.

"It was a very good performance."

Jones said that during Sunday's game Australia kept inviting Argentina back into the game.

"They were a little bit loose and gave the Argentinians a chance," he said.

"It was still a very good win by the Australians. Both teams will go into the final full of confidence.

"There's not much between them." 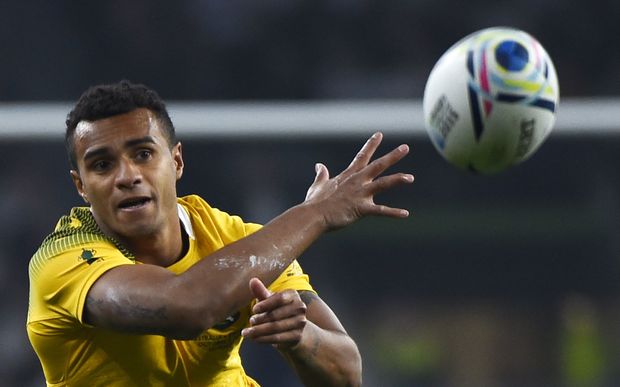 Australia's scrum half Will Genia passes the ball during a Pool A match of the 2015 Rugby World Cup between England and Australia at Twickenham stadium, south west London, on October 3, 2015 Photo: AFP

The key to an Australian upset, Jones believes, isn't the influence of the much-talked-about breakdown skills of David Pocock nor his battle with McCaw - but halfback Will Genia instead.

Genia has had a strong World Cup after holding Nick Phipps out of the starting job, and Jones believes it is his quickness which could trouble New Zealand.

"He can run, he can kick and was really instrumental to their win (over Argentina)," Jones said.

"If he plays really well, he can stifle New Zealand's game and give Australia a chance."