Argentina lock Mariano Galarza has been cited following Monday's World Cup game against the All Blacks in London. 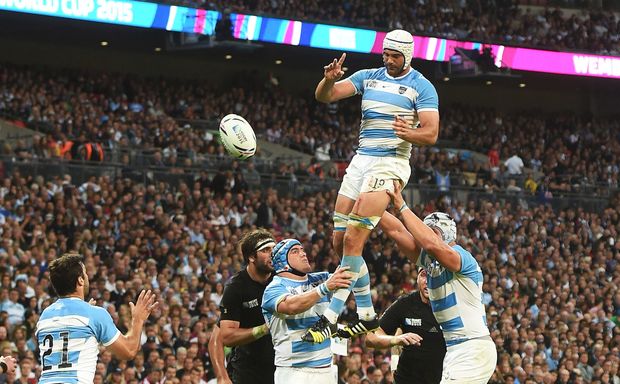 Galarza was a replacement in their 26-16 loss to New Zealand at Wembley.

A statement from organisers said the 28-year-old was cited for an alleged "act of foul play" and is to appear before an independent judicial officer in the near future.

No further details of the incident were given.

The 2.03 metre Galarza came on as a replacement midway through the first half of the Pool C match after fellow lock Guido Petti was injured scoring Argentina's sole try.

Galarza is the second player to be cited so far in the tournament following Fiji's Dominiko Waqaniburotu, who received a one week suspension for a "dangerous tip tackle" on England's Jonny May and will miss Fiji's game against Australia on Thursday morning.

Argentina's next match is against Georgia - who won their opening game against Tonga - in Gloucester on Saturday morning.