The All Blacks had to overcome two yellow cards and a determined Argentina to open their World Cup campaign with a 26-16 win at Wembley Stadium.

Look back at the live blog here

The biggest crowd to ever watch a Rugby World Cup match were treated to a classic as Argentina pushed the All Blacks all the way before the holders' class eventually earned them a 26-16 win in front of almost 90,000 fans at Wembley.

A day after Japan stunned South Africa, another huge upset looked a possibility as Argentina, who had never beaten the All Blacks, led the team who have never lost a World Cup pool game, until the 56th minute only for the favourites' mounting pressure to pay off with two tries.

Both captain Richie McCaw and centre Conrad Smith were sin-binned in the first half as the Pumas went to the break with a 13-12 lead. 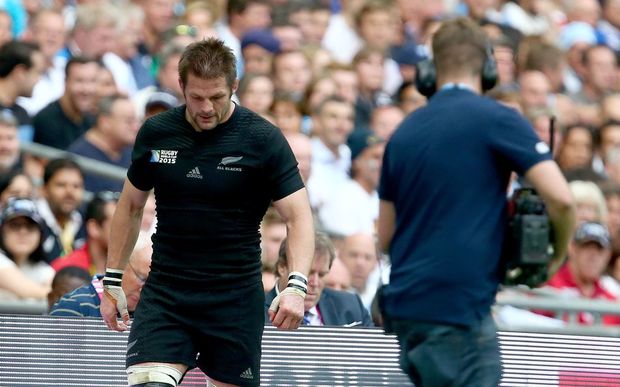 Richie McCaw heads to the sin bin during the Rugby World Cup match between New Zealand and Argentina. Photo: PhotoSport

However, after a number of substitutions, the All Blacks were able to gain some dominance in the second half and edged ahead with a try in the 56th minute to halfback Aaron Smith, with the game sealed by a Sam Cane try 10 minutes later.

McCaw was yellow-carded for foot-tripping, while Smith saw yellow for an infringement at a ruck.

The Pumas flanker Guido Petti Pagadizabal scored the only try of the first half.

Dan Carter kicked four first-half penalties and finished with a total of 16 points. 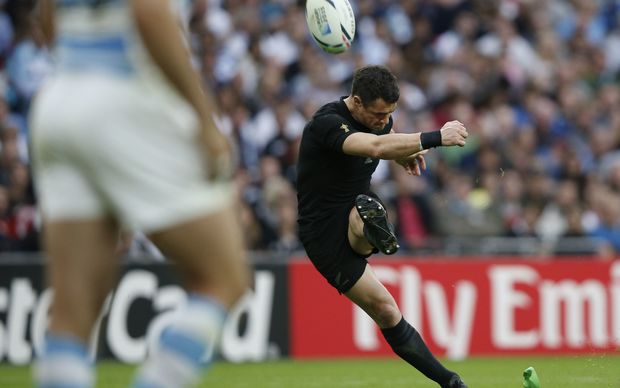 Dan Carter converts one of the All Blacks' tries during their first match of the Rugby World Cup against Argentina. Photo: AFP

"It's just what we expected, it was a huge step up from when we played them in Christchurch in the Rugby Championship and you'd expect that at a tournament like this," Carter told RWC.

"I'm proud of how the guys hung in there, we were put under a lot of pressure in the second part of the first half, but to bounce back and keep our composure and have a second half like we did was pleasing."

In the end, the Argentines were only just holding on as the All Blacks took control of the game.

However, they would not be happy with their discipline and the number of handling errors they made. 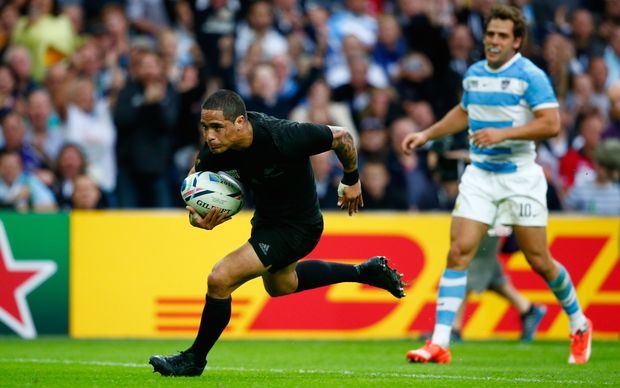 All Black halfback Aaron Smith goes over to score his try during the 2015 Rugby World Cup match between New Zealand and Argentina. Photo: Getty Images

Halfback Aaron Smith felt they were just waiting for things to happen in the first half. "The message at half-time was to just go out there and take it and be a bit more urgent and when we got into gear and blew the rust out, it went well."

A Rugby World Cup record crowd of just over 89,000 fans attended the game at Wembley Stadium, breaking the previous record of just under 83,000 at the 2003 final.

The All Blacks' next game is against Namibia on Friday morning, while Argentina play Georgia on Saturday.