The Argentina Coach Daniel Hourcade says he sees a weakness in New Zealand's maul and will exploit it when the two nations clash in the Rugby World Cup at Wembley on Monday. 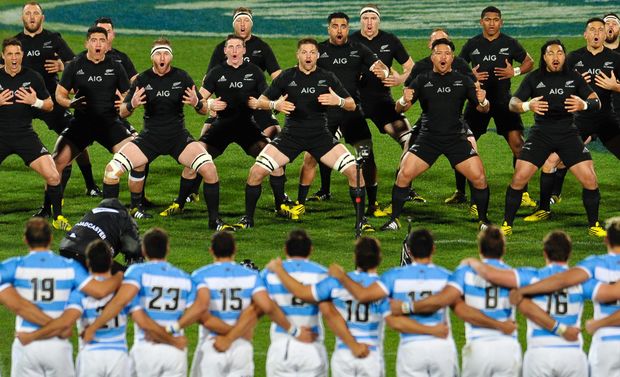 The All Blacks perform the Haka to Argentina, July, 2015. Photo: PHOTOSPORT

The Pumas upset the All Blacks with their rolling maul when the two sides met in the recent Rugby Championship and Hourcade said that will be the target.

"The maul is one of the many options we have and we are trying to develop to hurt the All Blacks," Hourcade said, noting All Blacks coach Steve Hansen "did not like what happened."

Hansen branded the lethal rolling maul as "bloody boring" and called for a law change so it could be legally collapsed after Argentina scored two tries in quick succession in the July Test from lineout drives which the All Blacks were powerless to stop.

The tries were never going to change the outcome as the All Blacks coasted to a 39-18 victory in Christchurch. But they did expose a chink in the All Blacks' armour.

"It opened our eyes to something we weren't doing too well. It's a really good point of attack so I can see quite a few teams doing it," veteran New Zealand hooker Keven Mealamu said.

The pack Hourcade has lined up to play the All Blacks on Sunday is even more experienced than the one he fielded in Christchurch. 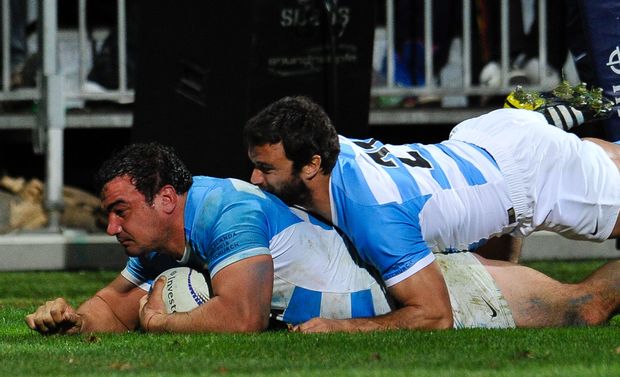 Agustin Creevy of Argentina scores a try against the All Blacks from a rolling maul with help from Martin Landajo, July, 2015. Photo: PHOTOSPORT

With one exception it is the same pack that steered the way for their historic win over South Africa in Johannesburg last month with the only change being the inclusion of Juan Martin Fernandez Lobbe who replaces fellow veteran flanker Juan Manuel Leguizamon.

"We know the All Blacks are the best team in the world but we are going out to try to win," Hourcade said after naming his side on Friday.

"We all have weaknesses and you have to analyse and detect them. But to break the (All Blacks) we must have perfection, tactics with almost surgical precision."

The All Blacks are the only top-tier nation Argentina have never beaten, with a sole draw in 1985 their best showing in 21 matches.

Argentina have announced a young team with seven Rugby World Cup debutants for their Pool C opener against holders New Zealand at Wembley on Sunday.

The seven, four forwards and three backs who helped Argentina avoid the Rugby Championship wooden spoon for the first time in August, are in a team with five changes from the side beaten 26-12 by South Africa in their last test in Buenos Aires a month ago.

In the side named Hourcade on Friday, Guido Petti, one of the debutants, comes into the second row for Benjamin Macome. 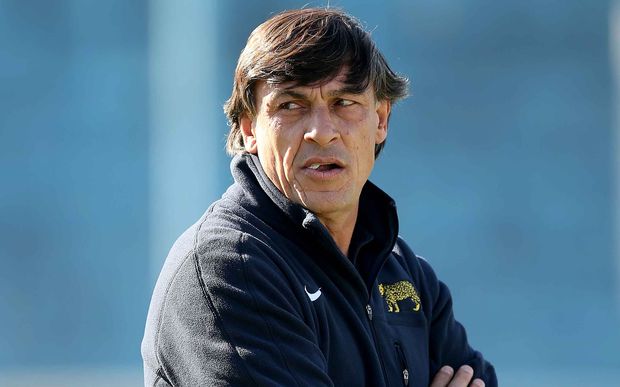 Flanker Pablo Matera, also at his first tournament, and number eight Leonardo Senatore return to the back row.

Fernandez Lobbe keeps his place at openside flanker while Juan Manuel Leguizamon, a fellow veteran of the Pumas' third place at the 2007 World Cup, drops to the bench to make way for Senatore.

In the backs, Tomas Cubelli is preferred to fellow debutant Martin Landajo at scrumhalf to partner Nicolas Sanchez while the experienced Saracens centre Marcelo Bosch returns in place of Matias Moroni.

Five players on the bench are also in line for their first tournament appearance as Argentina look to beat the All Blacks for the first time.