Fiji produced a trademark flair-filled display to beat defending champions New Zealand 33-19 and win the 40th edition of the Hong Kong Sevens in front of a packed celebratory crowd. 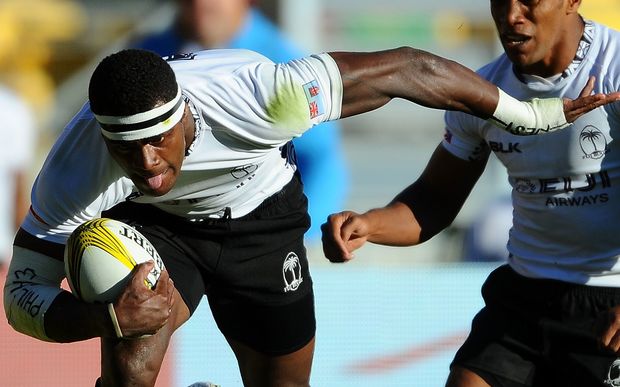 The Pacific Islanders' brute force and extreme pace, coupled with eye-catching goose steps and deft offloads in the tackle, proved too much for the New Zealanders, with the impressive Savenaca Rawaca scoring two of the Fijian's five tries in the final.

The victory, their third in Hong Kong in four years, moved the Fijians up to second in the standings on 108 points with three legs to go in the World Series campaign.

South Africa still lead the way on 110 points after thrashing Samoa to take third having lost to the Fijians 21-15 in the semi-finals.

World Series champions New Zealand, held to a humbling 24-24 draw by Portugal in the pool phase, dropped to third on 107 after collecting 19 points in Hong Kong in their pursuit of a 13th overall title in 16 years.

The top four after the final legs in Scotland and Twickenham, London, in May will qualify for the sport's Olympic return at the Rio de Janeiro Games next year.

"Tactically we were really astute, defending at the right pace, and scored when we needed to. Outstanding by the team," Fiji's English coach Ben Ryan said in a pitchside interview as his side joined together in a singsong.

Australia, edged out by South Africa 7-5 in the quarter-finals of the main Cup competition, are fourth on 84 after winning the second tier Plate tournament which stretched their lead over fifth-placed England to six points.

The English, beaten 14-12 by Fiji in the Cup, suffered a disappointing showing in Hong Kong after falling 12-7 to the Australians in the semi-finals of the Plate.

Scotland took the third tier Bowl by beating France 26-5 and Kenya claimed the Shield after easing past Japan 26-7.

Russia qualified for next season's 15-team series by edging Zimbabwe 22-19 in a dramatic final qualifier with Vladimir Ostroushko scoring the match-winning, length of the field try on the buzzer.

They are likely to replace struggling Japan, who host the seventh leg of the series next week.