The unbeaten Hurricanes have strengthened their place at the top of the Super Rugby ladder with a sixth win from six games, romping past the visiting Melbourne Rebels 36-12.

Playing their first home game in Wellington this season in front of a crowd of 13,210 at Westpac Stadium, the Hurricanes came back from a 12-10 half-time deficit to run in four more tries and keep the Rebels scoreless from there.

The bonus-point win - their sixth in a row - means they're now seven points clear of the competition at the start of the round and can't be caught for first place this weekend. 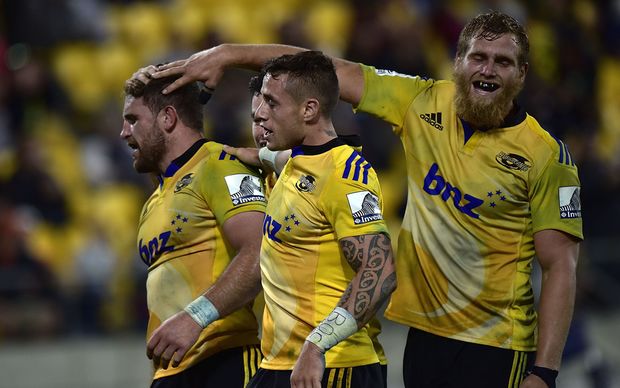 And the victory's all the more impressive because the hosts were pinned on their line for 10 minutes without the ball in the second half, and lost All Blacks halfback TJ Perenara to the sin-bin, without conceding another point.

Hurricanes captain Conrad Smith's most proud of the fact they held the Rebels tryless, before hitting back to ice the win.

"It was a tough wee period of the game and I reckon it was pretty pivotal," Smith says. "If they'd scored then, I think they were within five or seven points, but the fact that we worked our way out and then scored ourselves, that was the game." 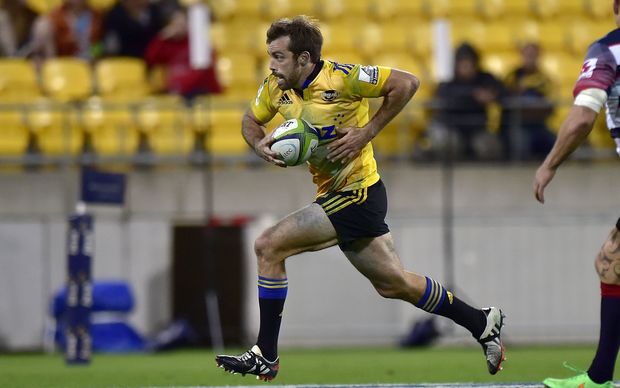 Conrad Smith in action for the Hurricanes Photo: Photosport

The Rebels opened the scoring through fullback Mike Harris with the first of his four penalties, but the Hurricanes scored the only try before the break through Perenara on 11 minutes, the No.9 backing up fellow All Black Victor Vito down the left side, with fullback Jason Woodward banging over the first of his four conversions.

Another All Black, the wing Cory Jane, scored their next try on the right four minutes after the restart, then Manawatu No.7 Callum Gibbins got his first Canes try 13 minutes later after an odd bounce from a probing kick fooled the Rebels defence, to make it 24-12 to the hosts.

Then came the huge spell of Melbourne pressure that saw Perenara sin-binned after 69 minutes for knocking the ball out of opposition halfback Nic Stirzaker's hands near the tryline.

Importantly for the Hurricanes, who only had 43 percent of the ball the entire game, they held their line intact with 14 men, despite an incredible three percent possession throughout that spell, before they finally turned the ball over to get a relieving lineout.

Two late tries to replacement fullback Nehe Milner-Skudder, the first his first-ever Super try for the vital bonus point, saw the scoreline blow out to the eventual 24-point winning margin. 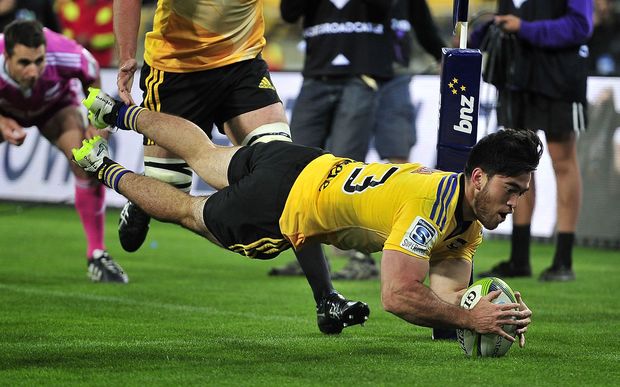