The New Zealand women's football team were denied a maiden win over Denmark this morning after conceding a late equaliser in a 1-1 draw in wet conditions in Turkey. 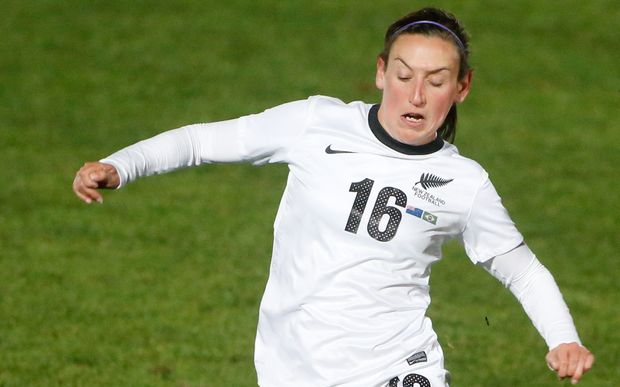 Playing in her 71st international game, midfielder Annalie Longo scored her fifth ever goal for New Zealand in the 38th minute to give the Football Ferns a lead which looked like being enough to earn a victory.

Denmark however, ranked 16th in the world, levelled in the final minute of regulation time through Sanne Troelsgaard.

Before this morning's draw, the Football Ferns, currently ranked 18th in the world, had lost the previous three meetings between the two sides - two of which had come at FIFA Women's World Cup tournaments.

The Football Ferns coach Tony Readings was pleased with his team's performance outside of the concession of the 89th minute equaliser.

"If you look at the last two or three minutes we're obviously not happy with that," Readings said.

"But for the majority of the rest of the game it was probably one of our best performances we've had for a while."

"We looked good, we looked fresh, we kept the ball well, we defended well and counter attacked well and our set plays were good."

Readings said despite not achieving one of their pre-match goals in taking the victory, several players made their mark in their first outing of a world cup year.

"We had two aims before the game; one was to win it and another was to take a step forward towards the World Cup," he said.

After coming off the bench late in the second half, Hayley Bowden made her 91st appearance for the Football Ferns - her first since March 2013 after the birth of her first child.

The second and final match of the series is on Thursday at 9pm (NZ time).