The draw for next year's FIFA Women's World Cup in Ottawa has put the Football Ferns in group A with hosts Canada, the Netherlands and China. 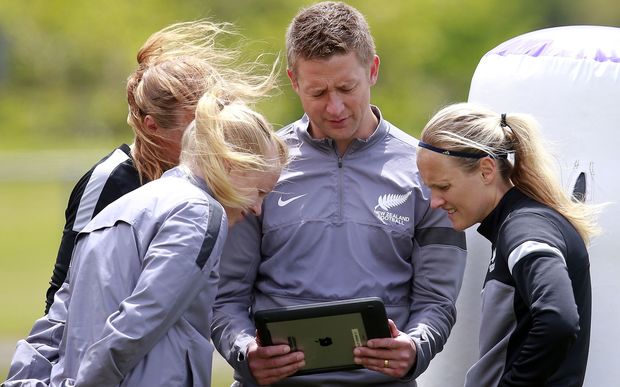 The Ferns - currently ranked 19th in the world - are up against the hosts, ranked eighth, China (14th) and Holland (15th).

The first- and second-placed teams in each group automatically advance to the round of 16.

Canada will open the tournament in Edmonton on June 7th against China.

The Nadeshiko, seeded atop Group C, will face Switzerland, Cameroon and Ecuador, all first-time qualifiers for the tournament.

Two-time champions the United States face a tough first-round path against Australia, ranked 10th in the world, and Sweden - a European powerhouse ranked fifth and only unseeded for "geographic" reasons.

Their Group D, with most of its first-round matches in Winnipeg, immediately appeared the toughest but US forward Sydney Leroux took to Twitter to indicate the Americans are up for the challenge.

"Bring it on," Leroux Tweeted.

The seventh edition of Women's World Cup will feature 24 teams for the first time - up from 16.

Two-time champions Germany could also breathe a sigh of relief at their draw in Group B, which includes dangerous 1995 champions Norway but also inexperienced Ivory Coast and Thailand.

Brazil, led by five-time women's world player of the year Marta, will face South Korea, improving Spain and Costa Rica in Group E and France, ranked fourth in the world, will face England, Colombia and Mexico in Group F.

First-round matches will be played in Vancouver, Edmonton, Winnipeg, Ottawa, Montreal and Moncton, with the final in Vancouver on July 5.