Federated Farmers says a plan to make the country free of all pests is ambitious, but achievable.

The Predator Free New Zealand Trust was launched yesterday and plans to get rid of rats, stoats and possums. 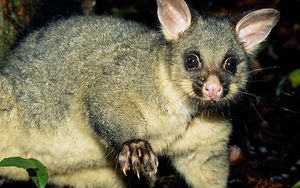 Possums are a big problem for farmers. Photo: PHOTO NZ

"It has been proven obviously on the offshore islands that it can be done, but it is a long game though and going to be a big ask - but if you are going to have a crack you have to start at some point, so why not now."

Ms Milne said eradicating possums was the number one wish of most farmers.

"They pose a big risk to us through the fact that they carry TB and spread it around our cattle herds, which is something we want eliminated out of our herds and it is a disease that (humans) can actually catch it from cows if you are unlucky.

"Although over the years, of course, pasturisation of milk and so on means that basically it doesn't often occur anymore, but it is something that we want eliminated from our food chain."

The trust would encourage trapping, promote research and development and make the economic and social case for investment in predator control.