A group of prominent individuals and private businesses has joined forces with the Department of Conservation in a plan to eradicate all pests from mainland New Zealand. 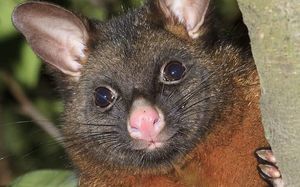 The Predator Free New Zealand Trust unveiled its vision of an Aotearoa free of rats, stoats and possums at the Place To Live conference in Whanganui today.

Trust chairman Devon McLean said that the secret weapon in the battle against pests would be the thousands of New Zealanders already dedicated to controlling predators.

"It's a long way away still - we're still talking decades. But I would be very disappointed if in the next five years we haven't managed to make very significant progress on a couple of large properties in New Zealand.

"They might still be an inhabited island or a large peninsula - but we need to prove those methodologies and we need to convince the public that it's doable."

The trust would encourage trapping, promote research and development and make the economic and social case for investment in predator control.

One of the trust's business supporters is Gareth Morgan.