The Department of Conservation (DOC) is warning the kiwi could be lost from mainland New Zealand within 50 years - something it says will be a huge, international embarrassment. 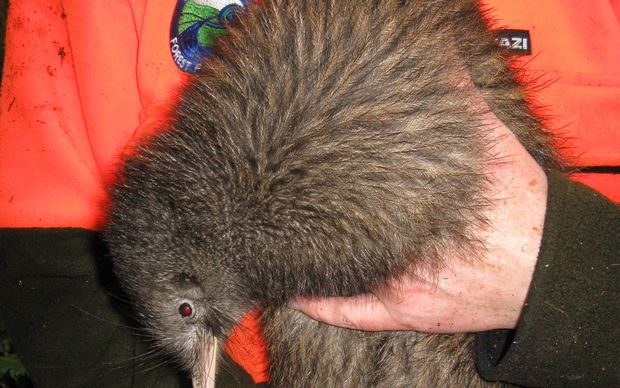 DOC has made the statement in a briefing for new Conservation Minister Maggie Barry.

It said Kiwi were likely to be lost from mainland New Zealand within 50 years.

many of our native birds. Without active management, many of New Zealand's iconic

species cannot survive in the wild and are in danger of extinction.

"Without intervention, New Zealand's national symbol, the kiwi, could die out within 50 years. Many other native bird species are also vulnerable to decline."

Stoats are kiwi's number one enemy, with dogs coming in a close second.

DOC kiwi scientist Hugh Robertson said 27 kiwi were killed each week, with most never making it to their first birthdays.

"And I worked out at one stage that three tonnes of kiwi chicks are killed by stoats every year. It's an ongoing, ever-present problem. These stoats, cats and ferrets are out there killing kiwi all the time. We just see the tip of the iceberg when we do our research studies."

Mr Robertson warned that a particularly severe threat was being faced this year from a plague of stoats and rodents, following a bumper year in the fruiting of beech trees.

It was crucial that pest control methods, such as trapping and aerial applications of 1080 poison, continued, he said.

"We're seeing increases of kiwi populations of 5-10 percent per annum with good trapping or poisoning programmes, so that's really encouraging.

Kiwi Trust executive director Michelle Impey said kiwi were entwined with New Zealanders' identities, and if they disappeared it would be like being called the dodo or the moa.

"We know what to do. We know it works. We're just not doing enough of it. The reality is that we are losing more than we are saving."

Maggie Barry is on her way back from Europe after attending World War One commemoration services and was unavailable to comment on the briefing report.

Labour Party conservation spokesperson Ruth Dyson said the new Conservation Minister could not get a bigger wake up call.

"This is a big alarm bell and the Minister of Conservation has to respond with positive action."

It would be humiliating if the kiwi became extinct in the wild, Ms Dyson said.