The dawn chorus at Martins Bay is something to behold.

It is perhaps the best place in the country to hear what New Zealand used to be like.

But residents of one of New Zealand's most isolated settlements say, while spectacular, the sound of thousands of birds in the early morning light is a fraction of what it was like just 30 years ago and they're joining with the Department of Conservation (DOC) to help protect wildlife in the area. 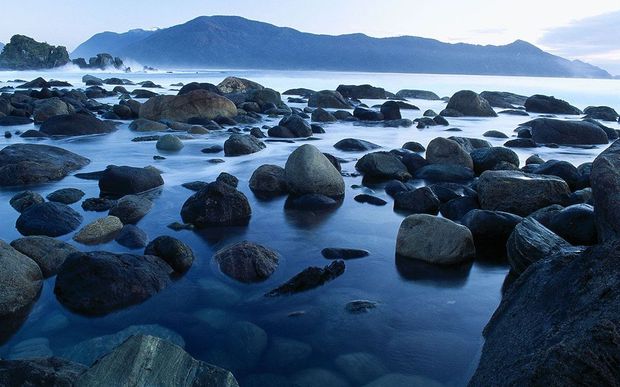 Martins Bay is somewhat of an anomaly on the South Island's West Coast as it is surrounded by Fiordland National Park. But the legacy of a failed settlement there 100 years ago means a smattering of freehold sections live on, deep inside national park.

But rats, stoats and possums are killing thousands of native birds which once lived in abundance in the area and DOC will join with the residents who have formed the Hollyford Valley Conservation Trust to try and fight the pests.

Trustee Peta Carey said the job ahead was enormous.

"Our big targets are the rats, stoats and possums - they're the big killers," she said.

The trust will raise money of its own which, combined with the proceeds from DOC, will allow residents to put out thousands of traps, along with bait, to eradicate the pests.

DOC deputy director general Kay Booth said such partnerships were the way of the future.

In the coming months DOC would drop 1080 poison in the mountains and valleys which formed the spectacular backdrop to Martins Bay and, while controversial, it was necessary and would work well in combination with the efforts of the residents here, Conservation Minister Nick Smith said.

"What is exciting here is that in a major block of bush we will be doing aerial 1080 operations, to knock those pest numbers down, and then you've got a group of local people who want to be part of that solution so these big operations are complementary to that."

For the people of Martins Bay, the next step is raising hundreds of thousands of dollars to realise their vision of once again hearing the dawn chorus as it used to be. 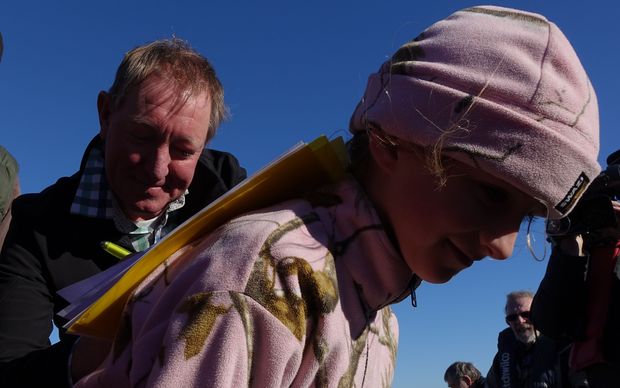 Billy Comer lets Conservation Minister, Nick Smith use her back to sign an agreement with the Hollyford Conservation Trust. Photo: RNZ / Steve Wilde