A New Zealand company believes it may have bred a heat tolerant cow that could thrive in the tropics.

Dairy Solutionz is a company that transfers New Zealand pasture based technologies to tropical climates. 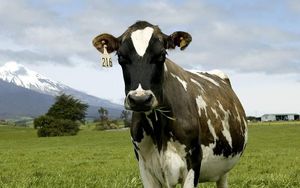 Chief executive Derek Fairweather said the company's latest work, assisted by the Callaghan Institute and the University of Florida, has been about trying to develop a composite breed of cow which is better able to regulate its temperature.

"That actually results in about two litres of milk a day for a big American Holstein, so it would be less for a Kiwi cow - but that's a pretty significant amount of tolerance that comes from this slick gene.

"We've been targeting that slick gene and trying to breed it into new Zealand pasture genetics."

Mr Fairweather said the potential for dairy growth in tropical regions is immense.

"It's the size of the prize which excites me. When you look at the globe and where future milk production is going to come from and where the population is that needs that protein, it's all around the tropics."