Robotics and automation are becoming part of everyday farming in New Zealand - but industry experts say it will be up to farmers to decide how fast new technology is adopted.

But it will be farmers who decide how far that goes and how fast new technology is taken up. 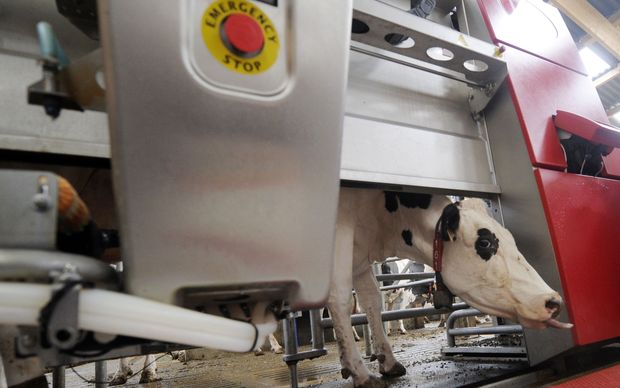 Some robotic milking machines that automate the whole process, at any time the cow wants. Photo: AFP

That's a message that's coming through at the Mobile TECH conference in Auckland. 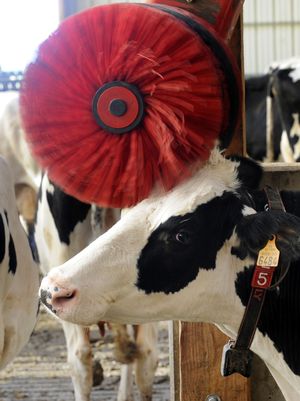 A robotics specialist at Auckland University, Bruce MacDonald, who's an Associate Professor in electrical and computer engineering, said much of the focus so far has been on automation in the dairy shed, but that's growing both within and outside the dairy industry.

"Like in-line milk testing for example, and putting the cups on the cow automatically," said Professor MacDonald.

"There are even some robotic milking machines that automate the whole process, and certainly a mission to increase the amount of measurement that's being done on farms, using sensors and then to automate some of the operations on farms to make them more efficient and help the farmer out, by doing repetitive tasks."

Professor MacDonald said there was a lot of research going on in this field as well, but the farming environment did pose challenges for robotic technology.

"It's a real challenge to take a robot and make it operate on its own in a farm environment, where there's mud and rocks and fences and rain and snow and all that kind of stuff, so there are quite few basic challenges and people are working on them, said Professor MacDonald.

"I wouldn't say it's really rapid, but it's certainly moving ahead."

A science impact leader at AgResearch, Dr Robyn Dynes, said an important part of the technology adoption process was understanding what motivated farmers to take it up.

"What we have to understand is what the farmers believe the issues are, where the pressure points are for that farmer and therefore they're motivated to look for solutions and then, how are our technologies going to deliver those solutions? said

"And then when we move into robotics and automation where we're collecting a lot of data, it's one thing to collect that data, but that is only meaningful if it's going to improve decision making." 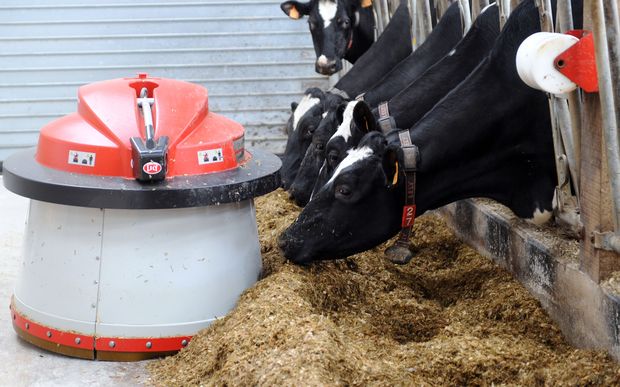 Robots can help reduce waste by keeping the feed pushed up to where cows can reach it. Photo: AFP