A new smartphone app has been launched for farmers and it's the dairy industry equivalent of Tinder. 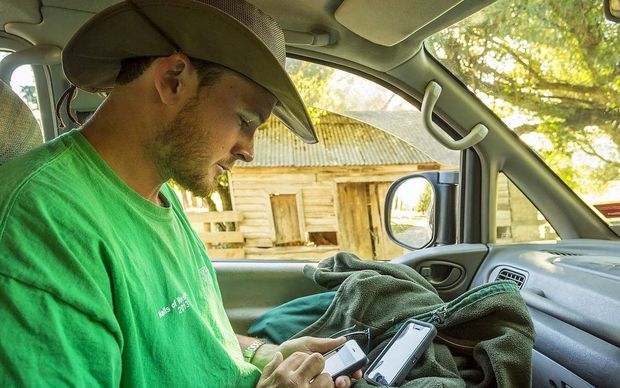 Farmers can use the app to record information about mating on their smartphone. Photo: PHOTO NZ

The dairy genetics co-operative LIC has released a MINDA Mating app that helps farmers figure out when their cows are in the mood for mating, naturally or artificially, and collects the details surrounding it.

"It's a quick and easy tool for farmers to have on their smart phone that allows them to record pre-mating heats, do it yourself inseminations and also any natural matings that they might see. In the past they've had to fill those details out on a mating detail certificate, post it in and it's quite a manual and paper-driven process, so what we've tried to do is update that process, make it easier for the farmer to update those records."