Rio 2016 Olympics - Russia will not compete at next month's Paralympics after losing an appeal against a ban imposed for state-sponsored doping. 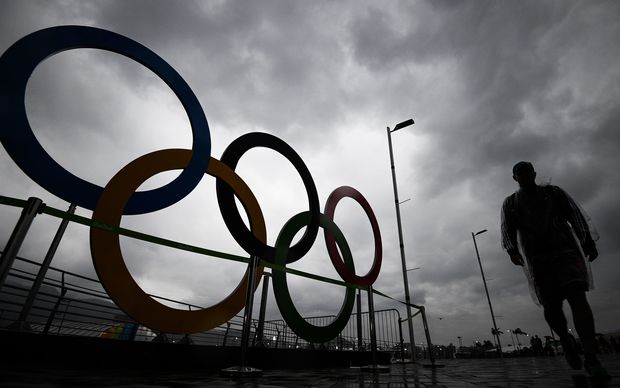 The Court of Arbitration for Sport (CAS) upheld the International Paralympic Committee's (IPC) ban on all Russian competitors.

The IPC made the decision after the McLaren report which detailed a state-sponsored doping programme operated by Russia.

The Paralympics begin on 7 September.

The IPC's decision to ban the entire Russian team "was proportionate in the circumstances", according to the CAS panel, which said it would publish the full grounds for its decision later.

It said the Russian Paralympic Committee did not file any evidence contradicting the facts put forward by the IPC.

The IPC's decision is in contrast to the International Olympic Committee (IOC), which chose not to hand Russia a blanket ban from the Olympic Games.

The IOC was widely criticised for ignoring the World Anti-Doping Agency (WADA) recommendation to ban Russia.

Instead, each individual sporting federation was given the power to decide if Russian competitors were allowed to compete.

A three-person IOC panel then had the final say.

In the end, more than 270 Russian athletes were cleared to compete at the Olympics, with Russia winning 56 medals in total.

Russia had been set to take 267 competitors across 18 sports to the Paralympics.

The CAS statement said it had not looked at the "natural justice, rights, or personality rights" of individual Russian athletes in making its decision.

But Russian Paralympic Committee president Vladimir Lukin said his organisation was "not even mentioned" in the McLaren report and this action would mean "lives are broken".

Why was Russia banned?

Richard McLaren, a Canadian law professor, published a report that found Russia's sports ministry manipulated urine samples provided by its athletes between 2011 and 2015.

The report identified 27 samples relating to eight Para-sports, five of which are summer sports, including some governed by the IPC.

The IPC also found evidence that samples were swapped during the Sochi 2014 Paralympic Games, adding that it planned to reanalyse every Russian sample given at the event.