The companies made their announcements after the US swimmer admitted to exaggerating his story about being robbed at gunpoint in Rio during the Olympics. 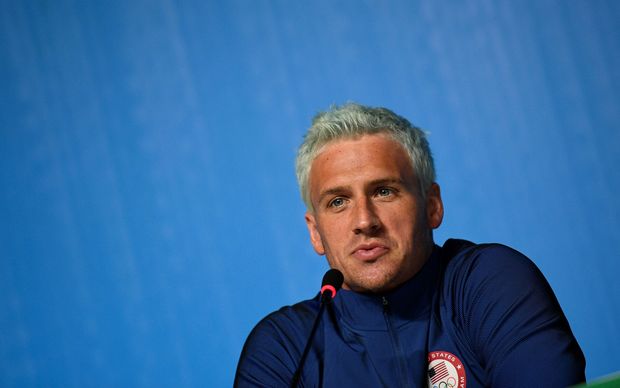 Ryan Lochte at a media conference in Rio de Janeiro, before the opening ceremony of the Rio 2016 Olympic Games. Photo: AFP

The incident embarrassed the host city, angered the local police and government and dominated news coverage of South America's first Olympics, leading the US Olympic Committee to issue an apology.

Lochte, a 12-time Olympic medalist, apologized on Saturday in an interview to Brazil's largest broadcaster, Globo TV. "I wasn't lying to a certain extent," he said. "I over-exaggerated what was happening to me."

Within hours of the Games coming to a close, Speedo USA issued a statement saying it would drop Lochte as one of its endorsers, while Ralph Lauren said it would not be renewing its contract with the swimmer.

Hair removal company Syneron Candela also ended its partnership with Lochte, four months after naming him its global brand ambassador for one of its products.

Speedo said on Monday it would donate $50,000 of Lochte's fee to Save The Children, a global charity partner of the company.

Lochte said in an email that he respected Speedo's decision.

"I was immature and I made a stupid mistake. I'm human. I made a mistake and I definitely learned from this," Lochte said in an interview on the Today show.

"They (the people of Rio) put on a great Games ... And my immature, intoxicated behaviour tarnished that a little," Lochte said.

Another sponsor, Japanese mattress maker Airweave, had said on Friday that it would continue to monitor the investigation.

Ralph Lauren said its endorsement agreement with Lochte was specifically for the Rio 2016 Olympic Games. The company had taken down references to the gold medalist from its website last week.

Lochte, 32, won one gold medal at the Rio Olympics. He was the breakout star of the 2012 London Olympics, landing a short-lived reality TV series called What Would Ryan Lochte Do? and appearing, as himself, on top shows like 30 Rock and 90210.