Residents of an Auckland apartment complex seeking the largest leaky-homes claim ever filed in New Zealand have spoken of the anger and despair that has driven them to court. 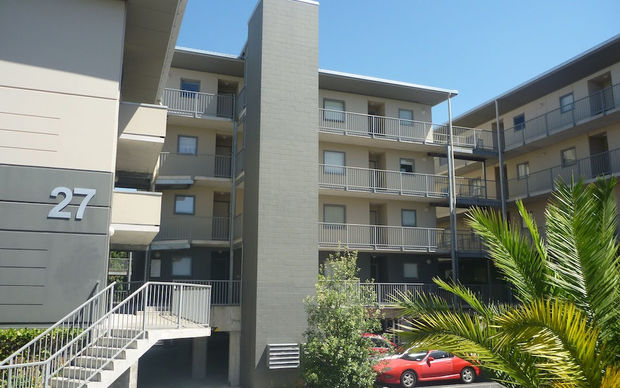 Repair costs were likely to be in excess of a hundred thousand for each apartment, the complex's body corporate chair Bill Bennett said. Photo: SUPPLIED

The St Lukes Garden Apartments were built between 2003 and 2011, but serious building defects have made the complex a serious liability according to its owners.

They say the issues range from cracks in many of the buildings' prefabricated concrete panels to areas failing to comply with structural or fire safety requirements.

The complex's body corporate chair, Bill Bennett, owns one of the 285 units which he rents out.

He said structural faults meant the Auckland Council declared one of the apartment blocks dangerous, leading to over $400,000 worth of piling to strengthen it.

A membrane on the apartments' top decks has failed in a lot of places allowing heavy rain into the apartment walls below.

"When it rains you can see drops coming right through," Mr Bennett said.

"There are structural issues, particularly in relation to the support of some of the buildings that have carparking underneath ... that's primarily of concern around an event such as an earthquake or similar.

The lawyer acting for the apartment owners, Paul Grimshaw, told Morning Report it is not just timber framed residential buildings that are becoming leaky.

He said there are many examples around town of substandard construction of concrete buildings with unprimed steel causing them to lose structural integrity.

"It's actually relating to commercial office blocks or whatever, that may have these structural issues or these fire issues.

"Many of these buildings are constructed using a steel frame, or using steel girders. And those girders themselves, or that framing itself has not been correctly treated. With the result that, a bit like the rotten wood, you are actually getting decaying steel framing."

Fire safety was also an issue in buildings, with fire able to pass "relatively unimpeded" between units, he said. 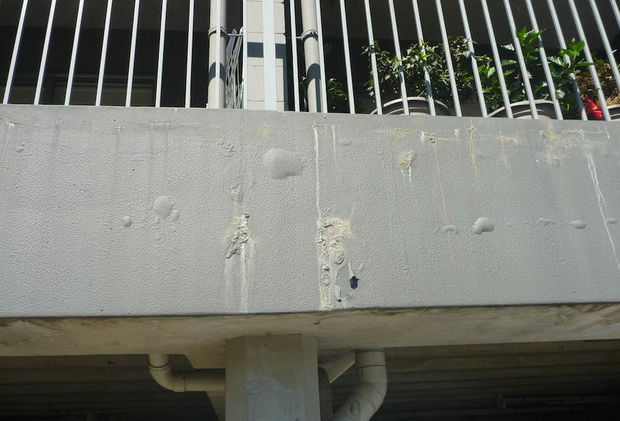 As it is a body corporate, repair costs are split across the residents, with the cost of repairs, Mr Bennett said he stood to lose a considerable amount of his capital gain.

"Also at my age finding money, loan money, to actually do this also places an extra strain and that will be a problem for a lot of the elderly people who live in the complex because their income is not sizable.

"How will they ever pay off a large amount of money? Because it could be, the repair costs we don't know them yet actually but they're certainly going to probably be in excess of a hundred thousand for each apartment."

Add to that the cost of ongoing expert inspections and legal costs relating to a claim against those they say are responsible.

The body currently has a leaky homes claim at the High Court against the Auckland Council and 13 others including a private building certifying company, and the complex's project management and construction companies.

That is to cover repair costs estimated to be above $60 million. 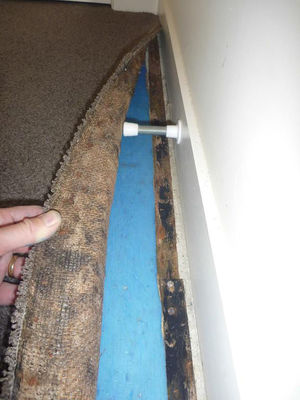 Mr Levie said was this was an example of mould growing under carpets. Photo: SUPPLIED

"I felt quite comfortable in buying it. A single income you want to have something that's going to be maintenance free, is going to last, is going to see you out to retirement."

But since then she has had walls cut open to find the source of mold growing on them, mould in the carpet and water getting in during the winter months.

"It's really disappointing, I feel really let down because when I bought the place you looked at it and you thought 'great, I'm moving into concrete construction.'

"Weather tight issues were rife at the time and you would have thought council would have been looking out for things like that when things were being signed off."

Ms Causer said the repair costs would be a struggle and it had taken away potential lifestyle choices and travel. 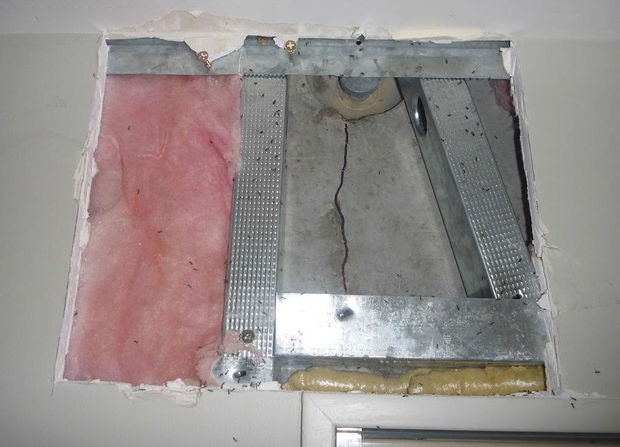 A crack in the prefab concrete panel behind the wall lining, Mr Levie said. Photo: SUPPLIED

The complex's manager, Tony Lancaster, has been there from the start too and said problems started small.

"And we've found since then, we were addressing the cracked concrete and it was during that that the experts found the structural faults. It's just snowballed. The closer you look the more obvious the faults are," he said.

They were still finding more faults, the last coming three weeks ago with a steel support beam with insufficient bolts securing it.

However, the place could be repaired and the complex had a good future but some would not be able to afford it, Mr Lancaster said.

"We've got people here who really can't afford this. I had a lady, well young lady - 25/30 years of age, move out last week. This was her first home.

"She was so proud when she bought it, now she's had to move in with a friend so she can rent the place out to try and pay the bills as they come in, the bills for repairs," he said. 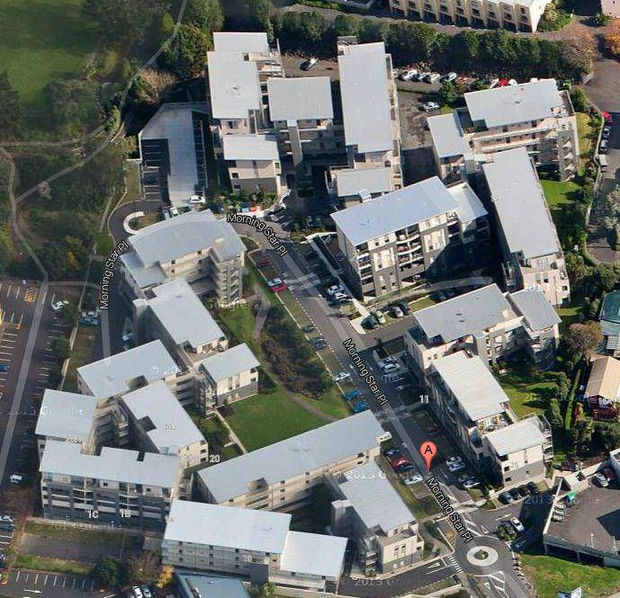 One resident, who RNZ has agreed not to name, said it is a huge worry especially when already paying off a mortgage on a single income.

"It sort of turned your kiwi dream of owning your own property and establishing a household for yourself into a bit of a nightmare."

"I feel a bit let down from trusting, I guess, the building industry to produce quality homes for us and thinking that perhaps there are gaps in legislation, gaps in processes and that kind of thing that would give the average owner more protection. It doesn't feel like that at the moment.

"It's not what I planned on doing for the next five years.

The Auckland Council said it was unable to comment while the claim was before the courts.